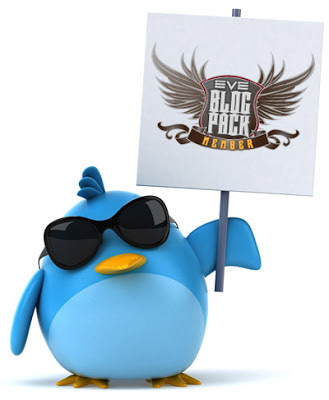 Yesterday Marc Scaurus posted his intentions regarding the Eve Blog Pack and evebloggers.com over on his blog.

This resulted in a rather strongly worded response from Alexia Morgan over on Touring New Eden.

This kinda thing isn't good for the Eve Community. And, to me at least, it all seems rather pointless.

This may seem an odd thing for me to say given my own history with the Eve Blog Pack, which was given to me by CrazyKinux and which I then handed to Marc. And in light of my rather mis-understood stance late last year in this post. Which it seems has been rather heavily "borrowed" from recently.

My point wasn't about Marc, but rather the potential of resources being headquartered in increasingly small places. While the headline was yellow journalism, the idea of our community becoming reliant on TMC or EN24 as bastions remains something I am opposed to. That opposition has nothing to do with personalities, but rather the hoarding and control of resources. Free and open resources, which should remain so.

The larger issue and the one we all are struggling with, is the resources themselves. The Eve Blog Pack and evebloggers.com were born in a different age. And with Google giving up on their reader, and the birth and expansion of Twitter, G+ and other social media resources, is a "list" something we even need?

I haven't used evebloggers.com as a resource in over three years. And I stopped relying on EBP early last year. To me, these both seem like Dinosaurs hanging out in a server room, relics from the past and not technology we should be fighting over in light of today's opportunities.

A Eve Community mobile App that links to updated and refreshed content from the community? That sounds like a good idea. Yet another iteration on a static list dependent on one person to maintain? Not so much.


On the other hand. If anyone steps up to do something for the benefit of the Eve Community they have my support. Without question. They always have and they always will.