BB#47: Blind Men and the Elephant 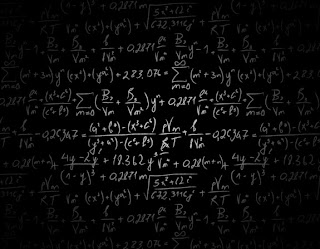 This month's Blog Banter will gravitate around knowledge, specifically EVE knowledge. Some examples of topics to cover: Is EVE too complex for one person to know everything? Is it, in fact, too complex for one person to know everything about one topic? How do you maintain any knowledge or skills related to EVE over time with breaks and expansions? Does CCP do a sufficient job documenting the features of the game, and if not, what could they do better? How does one determine where the gaps in their knowledge even are?

If you are unfamiliar with the story, it goes something like this. Several men, each of whom is blind, are given one part of an Elephant to touch and describe. The story varies depending on who is telling it or what point they are trying to teach - but the basics are that each man describes a completely different animal. The guy at the trunk is imagining an animal much different than the man at the tail. There are many versions of the story, but the essential element is that denying something you cannot perceive becomes an argument for your own limitations. The whole is greater than its parts. Perception is not always reality. Stuff like that.

Eve reminds me of that story often. We each perceive a part, large or small, of the whole. We are blind men attempting to encompass the totality of something that cannot be encompassed by one. Only by comparing notes, working together, can we hope to fully understand the complexity of the whole.

In other words, I don't even bother trying to understand all of Eve. I don't have to. I don't have to because I have you, my fellow blind men. You allow me to focus on the parts of Eve I enjoy, need, or want to know about. You allow that focus because you write about, explain, and otherwise inform me about your parts so well - I can just look it up if I need to know. Or ask.

The other day I was attacking someone in a belt, I believe he was in a Venture. I was convinced he was Sensor Dampening me. Which is odd. It was only after he exploded and I had mentioned that on Comms that someone else pointed out that it was the rats in the belt that were Sensor Dampening me. Rats? Oh yeah, those things I don't even have on my overview you mean? I pay no attention at all to rats in Eve anymore, haven't for years. They used to be my main source of income, but I have marginalized them to such a degree that they don't even exist. There is an entire encyclopedia of knowledge regarding rats in Eve that I have squished down into a sub-cortex of my brain, or simply forgotten. (However that actually works.)

I used to build ships. Right now I'm not sure I could even begin to tell you how to do that. How exactly is Sov determined these days? No clue. (I have a basic understanding, but seriously I haven't given it much thought in over two years.)

But if I wanted to know? A few short readings, a few questions here and there, and I could be back up to speed in no time. If I wanted to be.

Is Eve to complex?

Not even close. Eve is deep and wide and diverse, but it isn't complex at all. Not from where I am standing, I feel it has something to do with undocking and shooting other people in the face until they explode.

I have no idea what you are feeling. But we should compare notes.

For more blind men describing their parts of the Eve, click here.