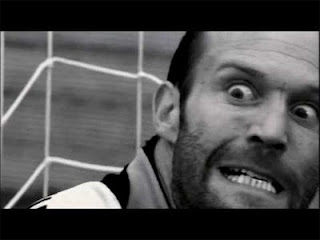 There are those that do not move. Stationary blips in system, day after day. Gnats on the ass of the roamer, the explorer, the adventurer, the get out of here and go find things to doers. There are once great corporations that have devolved into system campers, boosted baiters that farm plex hunters, station campers, choke point lazy T3 boosted day-timers... the list is rather long.

In Null space and even up in Empire space, these activities actually make some sense. In Null it evolves directly from necessity, the protection of ownership and the projection of control. Or at least the semblance of control. In Empire it directly comes from lack of choice. Camping War Targets, camping choke points and other basic "planted" engagements are all that one can reasonably accomplish within the system.

Which is why the practice is generally considered so reprehensible when practiced in Low Sec. Unlike Null we have no boundaries to protect, no ownership to project. And unlike Empire there are no restrictions on engagements to work within. In fact, planting your PvP is anti-low sec as it discourages the very thing we depend upon - the movement of targets. Camp a system long enough and eventually you will dry the pool to bare concrete. Or become the target of vengeful wrath.

Case in point. Down in Ouletta there is a pilot that plants his PvP on a regular basis. His tactic is simple and relies on off-grid boosts from a t3 and a bait ship. The bait ship takes the initial hit, being as it is usually a Merlin or some other t1 Frigate. Which is also boosted of course, a fact that usually becomes apparent around the time his other boosted ship arrives on scene.

And let me make this clear up-front. None of these tactics are inherently wrong, bad, or reprehensible on their own. I do them myself. Any self-respecting PvPer has engaged in them at one time or another. The difference is, the rest of us move along. Eventually. After a time. Doing them over and over again in the same spot is the imaginary line. Like Tuskers sitting in Hev all day, eventually it starts to get pretty damn silly.

So the other day on the way back from yet another 20j solo roam, I see this kestrel on d-scan in Oullie. I'm in my trusty, can kill any t1 Frig it wants, IN Slicer, so I go for it. My Slicer goes very, very fast. His Kestrel is faster by a wide margin. It takes a long time but eventually I go down. Not unexpected once I realized who I had landed on top of in that plex. (I never care up-front and rarely care during or after, they are all targets. No offense intended.)

Thing is I now have a lot of fellow Pirates on my side. So we generally form up a gang and head in that general direction. This time though I figure I should fight fire with fire and undock in one of my even more trusty Daredevils. And for the first time ever in my Eve career I snort some drugs to help with my armor rep rate. (I know it is illegal, but we don't see a lot of Cops down our way!) Akirra comes along in her Hawk and we spring the trap once more. This first engagement doesn't take very long and his magic Kestrel goes down pretty fast.

He comes back. By this time a few more Stay Frosty pilots have piled into system, blood has been spilled in the water. This time the fight is a tad more complicated. His Merlin is on the field, as is a Wolf. What follows is one of the most epic battles in recent (this week at least) memory. It is a lot like herding cats frankly. We lose Ciba's Incursus but eventually he wanders into range of the Hawk and then I can catch him and he goes down fast.  We lost the Incursus because Ciba hero tackled the Wolf, which I one-shotted and down he went. Kudoes Ciba.

One might think that would be enough. But it wasn't. He came back again. And once more we corralled him into a corner from which he could not escape.

By this time our entusiasm for slaughter was waining a bit. Some scuffles resulted on the station un-dock in which we both lost a Ruppie. The final tally ended up being rather even when you look at the Battle Report, although we did eek out the always fun isk battle.

Like many battles the point wasn't numbers, either real or imagined. The point was made, for us at least, that we can bring the pain when needed and deal with such situations on our own. As a Corp. And in that respect it was a major success.

The only answer to planted PvP in my opinion is to uproot the offenders and force them off-field. Open the spacelanes for the free movement of targets to the mutual benefit of everyone. I don't want anyone to be afraid to come into Low Sec and be exploded by us in a fair and equatable manner any time they want. lol.

Planted PvPers are weeds that need to be weeded. And we have a lot of weeds to deal with.