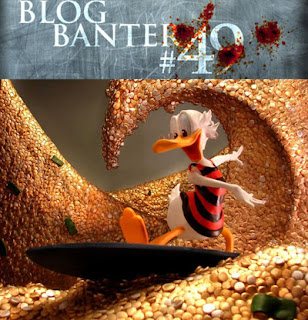 What is "rich" in EVE? Is it simply having more ISK than most everyone else, is it measured in raw numbers of some other ethereal quality? Can you actually be poor? Have you ever lost nearly everything and had to claw your way back? If you are rich, how do you know and how did you get rich?

Somewhere in the archives exists the log of a convo in which Mr. Javix is overcome with joy when he discovers that he has recently made more than ONE MILLION ISK!

Once long ago, back when rigs came in one size fits all "LARGE", Mr Javix managed to accumulate - thru hard work and daily trips to Empire - the rather hefty sum of nearly 20 BILLION ISK.

Mr. Javix lost it all due to wars, travel, re-location, loss of assets and other bad luck drama over the years. Mr. Javix now lives a comfortable life of leisure and contemplation in his retirement penthouse in Hevrice.

Too much money is in the hands of too few capsuleers! We must forcibly re-allocate hoarded assets and re-distribute the collected wealth that has gone un-checked in New Eden. We will only achieve this universal leveling thru violence, aggression and the seizure of all assets that perpetuate the unbalanced, money-grubbing, and hoarding that is endemic of so-called Industrial, Military, Faction and Empire-centric concerns.

Wake up people of New Eden. While you labor for pennies a day in the factory sweat shops and booster fields on your dirt-ball worlds, the rich get richer above you. The immortal Capsuleer Cabal rules with an Iron Fist and must be denied solace and sanctuary.

We, the unjustly labelled "criminals" and "pirates" of New Eden are the front line of this effort on your behalf. We will scourge the skies of the wealthy and pod the immortal evils of greed, corruption and entitlement. The 1% must never be allowed to dictate to the 99%. We are the mass, we are justice, we are the sword of righteousness.


That is kinda, sorta what I do.

Every dime I make goes to ships, mods and support. I maintain a base-line for security and operational expenses, the rest goes into the hanger. I am not wealthy. But I am the richest man in all of New Eden. Because I have what money cannot buy. I have my Corp, my Ships and my Family. And yes, they are listed in that order on purpose.

And while some of that above nonsense is fun role-playing, the kernel of truth springs forth. I strongly believe there is far to much wealth in our game and that the accumulation of that wealth has harmed and hampered the very nature of what makes Eve special. I fervently believe that to be fact.

I've been playing for just shy of five years now and I've seen it. You have also, if you'd only allow yourself to admit it. When I first started playing Null Sec was a vibrant, energetic and chaotic place full of new alliances, large and small. Wars, arguments, chaos all around. Where has that gone and why? Oh right.

You might have snickered a bit at the proclamation that ISK IS THE DEVIL, but the truth is as plain as the nose on your face. While the pursuit of wealth is as natural as life, the accumulation of wealth corrupts.

I'm no Saint. And I'm not Robin Hood. I'm just playing a game.

But I'm on the right side. When my final chapter in Eve is finally written it will be full of awesome, amazing adventures and tales of wonder, inspiration and daring-do. Because I play to hoard memories, to accumulate adventure, and to count my blessings in the form of good fights. Things I store in my heart and not in my hanger. That is what makes me wealthy.

Can you say the same?

For more thoughts on this subject, please visit this here thing.