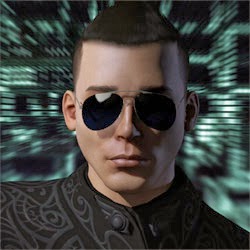 Skine Dmz has been with StaY Frosty since September 2013. He contacted me a few months ago with an idea about a possible WormHole Corporation. Which just happened to perfectly coincide with our plans for a new Alliance.

I joined EVE a few years back, it was my first space MMO/game and after a few unsuccessful tries I was able to get into it. At first I thought it was slow and a little boring, but the more I realized how deep this game was the more I started to love it. I've always been a bit of a space geek IRL and as soon as I realized you could actually live inside a wormhole, this became my permanent goal.

After the first wormhole corp I joined unfortunately went their own ways after the hole was cleared out, I got a little stuck in the usual highsec game. Running missions and generally not really enjoying the game. I decided to take my (awesome) Drake, fly it to a random emptyish lowsec system with a station and try to survive there. I tried to get to know all the locals and just enjoy the dangerous life.

While hauling my stuff, doing random anomalies and living the solo lowsec life, I started to enjoy it a lot more, you actually get to know people, as opposed to a highsec system that is continuously full of people coming in and out.

In the middle of this journey, looking for relic and data sites to hack in lowsec I noticed a system that was full of Stay Frosties and decided to ask one of them what all this was about. He(I wish I remembered who) told me they were pirates. I remember not understanding why they weren't involved in Faction Warfare, and this is something I was looking into doing, so I asked him why? He told me quite simply "So we can shoot all sides yarr".

That's it I was interested, I did some research and found a recruitment thread and got in contact. Before I knew it I was in Stay Frosty, flying unrigged 1-3m frigates into explosions getting rid of my PVP nerves. ;-)

The relaxed atmosphere, countless times have I been told PVP is not possible without comms, and apart from NEOII I don't think I have had any other kills while being on comms, all of them have been coordinated via simple eve chat, you guys showed me it is certainly possible and there are others who feel the same, it's a great chilled out atmosphere.

I did not want to leave Stay Frosty at all although it was time for me to move on to my wormhole goals, but I found like minded pilots and Rixx made it all possible to do this without actually leaving, MATH. was born.

A crazy amount, before this I was mostly in my (awesome) Drake, I didn't fly any frigates as soon as I got into a destroyer. I learned how to fit, fly and PVP. I am not simply clicking red boxes and playing the waiting game, you guys taught me how to really play and keep myself safe.

Get straight into it, use cheap frigates to learn basic mechanics, don't wait and just make the move to lowsec!

• What are your goals for yourself, or your corp?

To find more like minded pilots for MATH. I am aware the atmosphere I am trying to recreate in wormholes are not easily found, and probably for the right reason. But I don't mind being at a disadvantage, as long as we are having fun.

I lost my (awesome) Drake! I didn't know what to do, I attempted to start up an EVE PA service and actually got in contact with Erotica 1, I requested he gave me 100m for the services (which I immediately bought a new Drake with) which he did. I never did any PA work for him, but he did gave me a lot of advice on how to actually make it work which was cool, ultimately I think he knew nothing was going to happen, 100m was nothing to him but he seemed fairly impressed with the efforts I would go through for this 100m which is most likely why he gave it to me. He offered me a spot in his corporation which I declined because I had other plans and did not want to stay in highsec.

• My favourite thing about Rixx?

Approachable while having the voice of a true mafia boss.
(EDITORS NOTE: A truly ruggedly handsome Mafia boss!)