On Tour with the Police Pursuit Comet 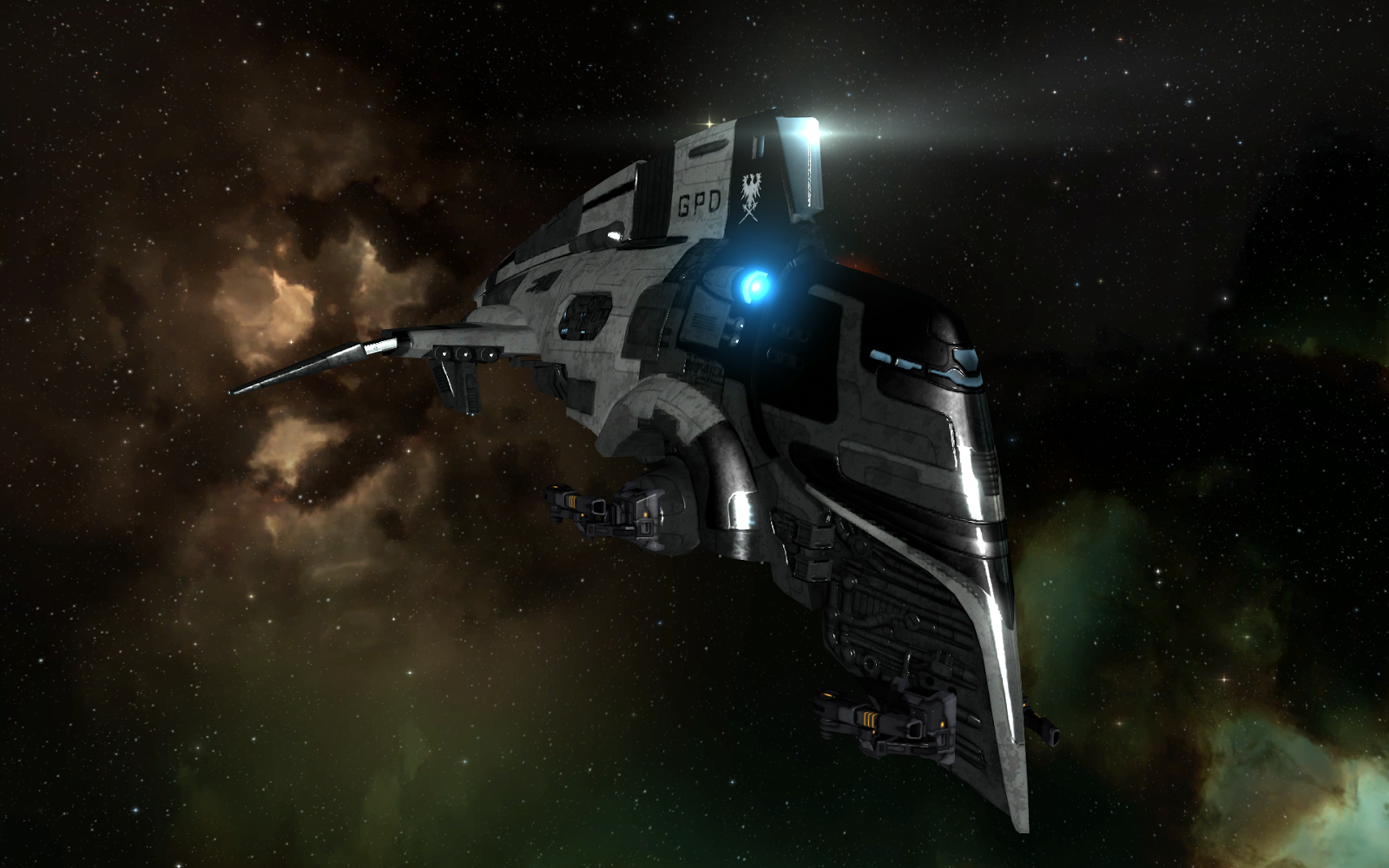 I have one Police Pursuit Comet. That is probably the only one I will ever have, since I see no point in actually spending my limited isk on something that just looks purty. Don't get me wrong, I love the idea of these new skins. And I would fly them, fight in them, and get exploded in them, if they weren't so expensive. I don't know about other Pirates, but this one is extremely space poor. Luckily, fellow Stay Frostian Skir Skor made a bunch of these when they became available and gave me one for free the very first day! So I have one Police Pursuit Comet.

And I've been flying it every single day since. Not exclusively, I don't fly any one ship 100% of the time. But I have been using it as my mainstay PvP Frigate since I got it fitted up. And believe it or not, the sucker is still alive and kicking. It has been blobbed, ganked, bushwacked, burnt-out, and otherwise gone thru about a hundred drones, but it hasn't yet been defeated.

Within the game I pretend that I stole the Comet. It makes for a much better story. I imagine Rixx saw one and forced the pilot to eject, taking it for his own. But I thought I'd take you thru the kills I've managed to get in this thing so far, some great fights and some not-so-great fights, but they all form a picture of life in low sec and in Stay Frosty.

Police Vs. Incursus
First kill goes to the unlucky FW plexer who actually stood and fought. Well done and while you forgot rigs, you also didn't fit any WCS to your ship. Thank you.

Police Vs Venture
Just another unlucky soul who got in the way of a Stay Frosty roam.

Police Vs Kessie
Another solo kill, even though Skir arrived at the last second. People keep forgetting rigs!

Police Vs Incursus
Yeah, that Slicer wasn't alone. His buddy also died. Although my mates did more to make that happen than I did. Stay Frosty FTW!

Police Vs Slicer
Another solo kill against a Slicer. Was a good fight though and I'm sure my stuff was burnt out, it usually is.

Police Vs Dragoon
Kudos to Gwen for getting the initial tackle on this Dragoon. He went down faster than I thought he would. Good fight though.

Police Vs Stabber
Luckily we had a regular old Comet along for this one, but this was an excellent ratter catch in an actual belt! Woot.

Police Vs Incursus
This fight was a mess from beginning to end, check out the battle report for an idea of what was going on here.

Police Vs Punisher
Caught Kaeda Maxwell in her Puni, this was yet another bigger fight that broke down into smaller fights in multiple rounds. Good stuff.

Police Vs Incursus
This one was also part of the fight above.

Police Vs Slicer
This is one of the best fights I've had in a very long time. Seliah Aldard was dedicated to killing me and staying to the bitter end. This fight felt like it lasted for a good ten minutes, while Seliah did what a Slicer pilot should do and tried to kite me. That isn't easy when I'm using Railguns and my drones to pick away at him. I manually flew the entire fight and eventually he came in a little to close and I nabbed him with both scram and web. Awesome fight.

Police Vs 2x Thorax and a Moa?
When Stay Frosty sees 2 Rax and a Moa in a Large Plex we do the only thing we can do, we attack. Yeah, we didn't have the right ships for this fight. Whatever.

Police Vs Thrasher
Sometimes I arrive too late to help my mates. But at least I revenged them!

Police Vs Punisher
The Lobsters got a bit too close to that nasty Stay Frosty gang! Poor guy.

Police Vs Mackinaw
Apollo found this guy mining in Onne and called us in. I went 5 jumps to get on this gank. This was not at all a good fight.

Police Vs Condor
Td'd, kitted, and so much slower than him! I imagine all of these odds were going thru the Condor pilots mind during this fight. The one advantage he had, being able to warp off, he never used. So kudos to him. With Spike loaded I can hit people out to my max lock range, plus my warriors will follow you even after I lose lock! Remember that and don't stop boating when you get to 110k. They will catch you.

Police Vs Daredevil
Ciba went in first to get aggro and point on this guy in Heyd. Perfect one/two punch. Well done, shame about the Loot Fairy though.

Police Vs Tristan
Nothing special, just another example of arriving to help a corp mate in trouble.

Police Vs Kessie
Sometimes you arrive at the perfect moment.

Police Vs Punisher
Yet another example of arriving just in time.

Police Vs Slicer
Another great fight. ViRtU0Zone sees me in local and usually asks me for a 1v1, he likes to fight me and vice versa. This was no different and we met at the Sun to have it out. Always a good fight, but he made a few mistakes that cost him the fight.

Police Vs Merlin
Even two WCS can't save you from Police Justice!

Police Vs Venture
Ok, another Venture on scan in a belt. Gotta do eet.

I probably missed a few here and there, but this is a good representation of the variety of fights I typically get. At least in this one ship. During this time I also registered kills in other ships, Retribution, Drake, Exeq, Slicer, Sentinel, and a few others.

I can't just fly one ship or I get bored. But these days the Comet (Police and otherwise) and the Slicer are the backbone of my daily undocking.

Great ships, extremely flexible and able to take on a wide variety of targets. Most importantly though, they match my play-style very well. So they might not work as well for you and your play-style. Results may vary.

Now join Stay Frosty and get out there and have some fun!