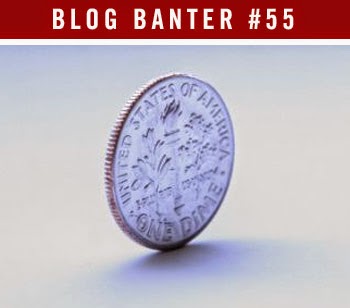 Last Blog Banter we talked about heroes in EVE Online. The followup to that topic has been provided by Wilhelm aka The Ancient Gaming Noob:

I'd like to add another take on the subject, is there a cost of being famous in EVE and if so, is it worth the price?

I have no other perspective on this topic than my own. So I will tell you right off the top, and please keep this in mind as you read further, I never intended to be "space famous" or have any sort of "eFame" or whatever you want to call a few thousand people that recognize you in a internet spaceship game. That was never my intention. I started down this path to have fun, chronicle my adventures, do some fan art, and comment from time to time about my new hobby.

Nothing that I do in Eve, from writing this blog, to running the best pirate corporation in the game, to Twitter Hats, art commissions, running events, or anything else that I happen to get involved with (like Eve Dumb Ways to Die) is done for any other reason - other than to have fun. I don't have a hole to fill in my life, I'm not desperately seeking attention, nor do I do things for any other reason than the usual - I always overdue it. I can't help myself. I tend to put everything I have into things I care about, it has been my pattern from way back when I was knee-high to a grasshopper. Can't stop nature.

There are times, in-game, when I sometimes wish for a bit more anonymity. I tend to attract attention, which directly relates to my ability to get good fights. People tend to seek me out, sometimes for good fights and sometimes to pod me. I usually get primaried. I tend to get station-camped. And there are some who spend their in-game time chasing me for twelve jumps just to catch me on a gate camp. It happens. I used to get slammed a lot in local for being a "blogger". (Which is an odd insult, since it is quite obviously the truth. It'd be like someone slamming me for being a Man. D'uh.)

Thing is, all good things come with some bad things. There are, after all, two sides to every coin. But in this case, the bad side is so small and insignificant as to barely matter. Yes, I do often wonder what my Eve career would've been like had I sought less attention, had I never started this blog. But those are only moments of frustration. They don't amount to anything other than casual games of "what if". The good far outweighs the bad.

In six years of playing Eve I've made friends from South Africa, Crete, Poland, Serbia, Russia, England, Whales, Australia, New Zealand, Iceland, Israel, Saudi Arabia, Estonia, Indonesia, and just about every other major point on the globe. I've helped at least three people that I know about find gainful employment, and tried to help at least a dozen more. I once helped someone move to the US. And I've given advice to more about doing so. I stay in contact, in real life, with dozens of fellow current or former Eve players. My real life is richer because of my fake hobby. I wouldn't change any of that for anonymity.

I'd also like to think, in my own small corner of the Eve Universe - both in and out of game - that I've managed to make Eve a better place by my presence. This might be hubris on my part, but I would like to think that my contributions have made Eve slightly better. There are, after all, frills on the Vagabond. Every day, on average, about four thousand people read this blog, so that has to mean something.

And if it all amounts to nothing more than that, then so be it. I've said it many times before, it is the journey and not the destination that is important. The last six years have been an amazing journey and I'm looking forward to the next six years.

The rest? Well, I'll leave that up to other people to judge. There are more people involved with Eve that have never heard of Rixx Javix, than people who have. So how famous is famous? It is all about perspective.


For more takes on this topic, please visit the main Blog Banter Post.