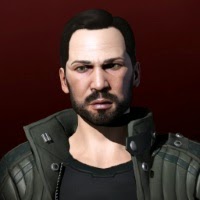 This post features Morg Braktar, a pilot in Stay Frosty who is very active in the Corporation.


Background: I started EvE on a trial some 7 years ago. I decided to sub as I was playing a few games and burning out on all of them. When I started, there was no skill queue and I really didn't do much research into EvE before starting. I may have played a month or two before I was completely lost and baffled with the complexity of this wonderful game. After quite a break, I decided to resub after a free five day offer. That time, I did my research, I found some people to play alongside. I have since been playing only EvE as my MMO. Through those years, I have done a little bit of everything. I went from novice to miner, solo industry to nullsec power bloc. The PvP aspect has always been my downfall though.

I heard about A Band Apart because I am a member of #tweetfleet on twitter. I regularly converse with Rixx and others. When I heard he was expanding from pirate corp to a comprehensive alliance, I decided to pull my alt in. I have since moved my main from nullsec to Stay Frosty as well.

The one thing that I most enjoy about A Band Apart is the casual play style that many of us subscribe to. We are mostly older and as such have life that is full of family, work, and other pursuits. I don't have to worry about being kicked because I missed a CTA. If I want to log on for an hour, there is no pressure to stay playing because of some sov fight or station grind. I get to choose my play style. In fact, at one point, I was involved in an effort to create an alliance of this nature. Unfortunately, that did not work out as the others disappeared over time.

I haven't been around long enough to say I have learned anything new.

My advice to new players is simple. It's a game. It's your pastime. When it becomes a second job, the fun will leave. Play as you want, play by your rules and find a group that will allow you to do that. Do not become one of the nullsec slaves who go where they are told when they are told.

My only goal is to have fun and see something blow up. I don't care if it is a target or me, but some internet spaceship pixels have to blow up.