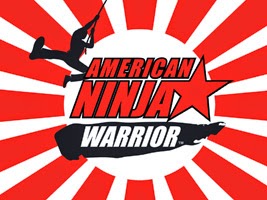 Drackarn has written a great piece over on his blog about Eve Online's hopes of becoming an E-Sport worthy of actual viewers. I highly recommend it.

Ok, now stick with me for a few minutes and let's consider Eve's potential as a viable sport. Granted Eve is a dark game. Granted it takes place in a big place (space!). Granted it takes a considerable amount of knowledge to follow along, which generally means charts, graphs, UI, and other graphical aids. All of this is given. (Funny, when you say it like that it sounds a lot like Baseball.)

Last night, for the first time ever, I watched an episode of American Ninja Warrior. I did this for my usual reasons - it seems to be rather popular, it is something that seems to be in the common pop culture, and my usual dose of morbid curiosity. It is a rather hilarious and funny show, that tries extremely hard to be earnest. I'm not convinced that any of it is real, in the sense that it has real stakes, or that some people are trying very hard. It sure felt like the enthusiasm of the announcers made up about 98% of the total excitement the "sport" has to offer. And some contestants are obviously making things look harder than they obviously are. I mean, c'mon.

But it did happen to align rather weirdly with having just watched a whole weekend of ATXII, or as Elise called it AT ex eye eye. I will say right up front that as an Eve player myself and an Eve fan I think the AT presentations are top-notch. Despite some technical glitches and some weirdness from CODE and disconnects, it runs rather smoothly considering. Go watch a very old match and see how far we've come.

(On the subject of CODE for a second - what a bunch of wankers!)

I happen to be in a rather unique position in that I actually know many of the people fighting in the AT. When I look at the list of names of the pilots in the match, more times than not, I know those people. Either thru this blog, art that I've done for them at one point or another, in-game encounters, we've flown together or against each other, etc. And watching the insane made-up sport of Ninja Warrioring last night only illuminated something that is missing from the AT - people.

It seems to me that one of the things that makes Eve truly great is the characters that play it. While they are only a list of names within the AT, they are actually characters with a tremendous amount of history within Eve from a wide and varied background within a global community. I believe that highlighting some of these characters would bring a human personality to an otherwise rather sterile environment.

As part of the pre-match warm up I'd really like to see two segments on two randomly selected player characters from each team. Perhaps each team could select their representative, much like they do their Captains. Player profiles, well produced segments that highlight some of the personalities, history and goals of each team. Maybe each player could submit a video clip or something to go along with their profile. However it was produced (if it had anything to do with the real person, or was totally about the character in-game) I think the profiles would help put a human face on each match and help ground it within some context.

Personally I think the AT does a great job of presenting Eve. Can it be better? Of course. But essentially the AT proves that Eve is not a great vehicle for e-sport. And I don't believe that is a bad thing. I don't want to see Eve changed to conform to a better e-sport viewing experience.

But I do believe that bringing some player personality into the mix would help make the experience more personal. In addition to anchoring it into some context, showing the backgrounds and accomplishments of the players involved, and setting the table for the conflicts about to be resolved.

And once that is done we can talk about the need for a CCP produced annual solo pilots round-robin tournament. Do eet!!