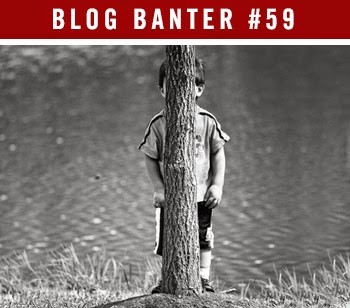 Welcome to the continuing monthly EVE Blog Banters and our 59th edition! For more details about what the blog banters are visit the Blog Banter page.

This month's version comes from commenter Zappity who asks:

Probably been done before... What about local force projection (as opposed to the longer distance force projection that is often talked about)? I think of 'terrain' in EVE to be how systems are mapped together by gates. Strong tactics which exploit terrain have historically been extremely important in deciding battle outcomes. How does this apply in EVE in the presence of cynos?

Anyway. Local Force Projection and you. To be honest I've read and re-read that question a few times this morning and I'm generally coming up blank. My blankness has nothing to do with understanding it and everything to do with exactly how to answer it. If I was ranking the few remaining problems that Eve has from most important to least - force projection would be right at the top of the list. Sure it might be fighting for top spot alongside Risk/Reward and Super Cap Proliferation and WCS, but it'd be up there. But certainly "local" force projection is different?

And it is extremely different. Although the basic tactics of long-range force projection can come into play locally. A Titan Bridge can be a few systems or more, so it can still be an issue locally. Pop a Cyno and whoosh, your day just got nasty. And even though I haven't seen it myself, we do hear stories of hot-drops on solo Frigates.

The only "terrain" in Eve is gates. Everything else is simply a landing spot. This would be different if we could hide behind planets, or if Asteroid Belts interfered with d-scanners, or if Nebula radiation rendered our ships invisible to probes. But they don't. So locally, everything boils down to "Mechanics", as each gate/landing spot brings along its own set of established mechanics that you can exploit or use to your advantage.

If Force Projection is a Big Hammer and hot-drops are its Sledgehammer Cousin, then knowledge is the only defense. Let me give you an example. I've been playing Eve for six years and I have never once been hot-dropped or probed down (when I didn't want to be) while flying solo. (I have been in gangs or fleets that this has happened to of course) You'll also not find a mining ship loss on my killboard even though I used to mine a lot in Null Sec. My alt also has no mining losses. This is because game mechanic understanding was beaten into my head as a young player. Stay aligned, keep moving and watch d-scan and local. That is an example of using "terrain" to your advantage.

Every potential landing spot comes along with a package of mechanics that you need to understand. Understanding allows you to exploit them to both your offensive and defensive advantage. Camping gates in Null is a lot different than camping gates in Low, because the mechanics are much, much different. Stations work differently, gate guns, station guns, standings, engagement timers, an entire package of goodies comes along with each landing spot. Knowing those differences is the single greatest key in all of Eve. Especially from a PvP perspective. But also for miners, industrialists, traders, mission runners, and WCS using FW cowards.

So yes, exploiting that knowledge is essential in projecting force, from a solo ship all the way up to big fleet actions, in Eve. The best players, the best corps, the powerful alliances, are all exploiting them in one way or another. If you're not, then you are playing from behind with one leg.

Terrain in Eve is essentially mechanics. Plex, missions, gates, stations, belts, planets, stars, all have their own terrain mechanics that you can exploit or use to your advantage. And luckily for us PvPers out there, no one can hide in Eve. Everything is out in the open as long as you understand how things work.

Ultimately the greatest force projection in Eve is knowledge. No one can beat it.