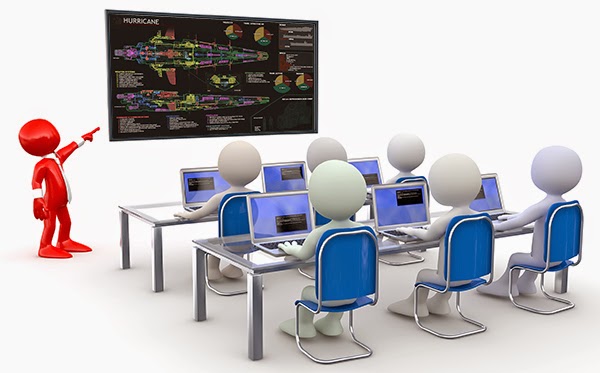 I get asked variations on this question all the time, "What skills do I need to be a Pirate/PvPer?" So I thought this would be a great time to address the essential issue here and make some general recommendations when it comes to planning your future 'unlimited' skill queue thingie.

First things first. Always keep in mind that no matter how old or skilled a player is, they can only carry so many skills with them when they are flying a Frigate. All those BSV skills are not helping them. It has been estimated that somewhere between 6-12m skill points are represented in a Frigate, so always keep that in mind.

Back in the day Eve really focused your skill training along racial lines, this is why I focused on Caldari skills when I first started. Not because they were the best choice for PvP (they weren't!), but simply because I had randomly chosen to be born Caldari. And while Eve doesn't do this to new players anymore, it is still important to focus your training. It is tempting for young players to want to be pretty good at a lot of things, instead of really good at a few things. Avoid this temptation.

Eve also has a lot more tools available to help you now. From Certificates to Trees to Mastery indications on all ships, it is far easier now than ever before to become knowledgable about what skills are needed to fly what ships effectively. Use those tools, I'm not going to to focus on the things they will teach you. I'm going to simply set you on the right course.

Back when I was burning skills, I used to pick one skill from each of these categories and train them in order. Switching from one to the next and then back again. Again, Eve can help you determine which skills are which in each of these categories. But the general idea is to max a focused amount of skills as quickly as possible. Remember, if you have level V base skills and level V spec skills on Small Autocannons as a young player, then you have the same skill in that weapon system as a Veteran player! (If you've also trained the Core Skills we'll be talking about below that is.)

Core Skills
Without checking I believe the Certification system still calls these Core Skills. Either way, these are the unglamorous, often overlooked, skills that will form the insane core of any good pilot. They should NOT be ignored! They are just as important as the more glamorous Spaceship Command skills, or weapon system skills. More so even. Because Core Skills can affect ALL in-game flying, no matter the ship class.

Let's use Small Autocannons as an example. You could train Small Autocannon to V and then train Small Autocannon Spec to V and feel like you've done a great thing. But you'd be wrong. There are several skills that go along with that weapon system, with ALL gun skills, that should not be ignored. Like Controlled Burst, Motion Prediction, Rapid Firing, Sharpshooter, Surgical Strike, and Trajectory Analysis. Each of these affects every single gun system in Eve, from small to large. Train them. The same is true for missiles. And every other weapon system in the game.

The same holds true for all Core Skills, armor and shield resist skills - SO IMPORTANT! Cap use skills - CRITICAL! Engineering, Electronics base skills - MUST HAVE 'EM! That small neut won't fit? You forgot something.

Navigation
I recommend that all Nav skills be trained to Level V as soon as you can. And yes, despite what you might have been told by an idiot, Level V is important in almost every single skill in Eve. There are a few exceptions, but ignore them for now. By the time you train what you need you'll know what those are and why. Navigation is an often ignored section of skills and they are critical to PvP. Speed, Agility, and Cap use, important not only for moving your ship around - but also for fitting those tight awesome fits.

Weapons
A skill training on one thing is a skill wasted on another, so maximize your time and focus your training on what you need first. Prioritize. Start small and work your way up. Pick a weapon system you enjoy using that works on the ships you have trained and max train that weapon system first! That means level V base and at least IV on spec, you can come back and train the Spec to V later - or be a hard-ass now and do it.

Spaceship Command
And the last rotation category for our purposes today is ship skills. This one is easy and time consuming, but also very important. You will keep time in Eve by when you train each of these to V. Again, I recommend starting small and working your way up the ladder. Frigate V should be your first goal out of the box. It is worth every second it takes.

Having said all of that, what skills do you need to PvP? The most important skill is one you cannot train in-game, the one that comes from inside of you. No one will tell you this part, but I will. The single most important skill for PvP in Eve isn't trainable, it is "want-to" and "never give up" skill. Call it whatever you want, heart, stubborn, stupid, whatever. I've known many people with 4m skillpoints that have had successful PvP experiences and people with 40m that suck ass at it.

Skills are important. But other factors, like target acquisition, are just as important. If you are constantly derping yourself into more skilled enemies when you are young you will quickly become discouraged. It is important to understand where you are in your career and set your expectations to that level, find targets you can honestly engage, and learn the skills that are not written in books or injected into your head. Game mechanics being the primary ones. Understanding how Eve works is essential to playing within it successfully. And PvP is no different.

This is why finding the right group of players to fly with is essential. You need people to fly with, to learn from, and who can help you succeed early on, so that you can gain the confidence you'll need.