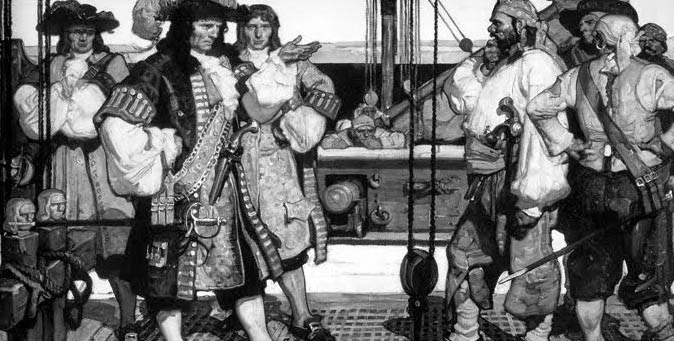 In my line of work, out here in the real world, I have to deal with clients. Actual people. Thousands of them. Often from widely different backgrounds, perspectives, locations, and personalities from all over the world. Generally speaking, as anti-social as I can sometimes be, I do pretty damn good at it. What helps me, and I can only speak for myself here, is that I pretty much just assume everyone I meet is on the same page as me right off the bat. We're all equals, we're all going to get along splendidly, and we're all going to be working towards the same general goals.

And that maybe, just maybe, there is something valuable I can learn from our potential interaction. And 9 times out of 10 that all proves to be true. It is, in the end, what keeps me interested and working so hard. The people.

I have always done the same thing in Eve. Everyone I meet in-game (or out) gets treated the exact same way, I just go right ahead and assume we are going to be friends and move on from there. This has had several interesting results over the years of playing Eve. Most importantly it has resulted in many long-term friendships, there are people in Eve that I have known and have had dealings with from the very beginning. This is awesome and I wish it was true for everyone I meet. However, the other result is the opposite of that experience. Assuming everyone is going to be your friend means that it is rather easy to spot those that are not going to end up being friendly.

There are some people over the years that have considered this a fault of mine. Those that have decided that my attitude towards them is something they can take advantage of. Those people have completely mis-understood. This attitude does not spring from a fountain of naive ignorance, as many might assume. In fact, it is the opposite. This is a survival mechanism, a cold, hard, developed method I have insulated myself with - so that I can deal with the world around me.

Why? Mostly it is because I refuse to become bitter. I prefer to see the world in a positive light. It makes life more better. It also helps to reduce the sheer amount of insane stress and pressure that often comes from, not only life itself, but also the kind of deadline driven work that I do.

This was all a rather longer preamble than I anticipated for a post that was intended to be about the brotherhood of players in Eve. But I thought it was important to set the stage before diving into it. Because, perhaps, the way I look at Eve might be different than the way some people look at Eve. And it might be good to understand a bit about why that is.

To illustrate this point even further, I would like to mention something that happens on a regular basis in Eve. Or at least, my part of it. As predicted when we moved from Verge Vendor to Black Rise, more and more people have moved along with us. I told everyone when we moved that this would happen and sure enough it has. You can't move 400+ insanely active players and not expect things to react around them. It is rather natural. We create activity and activity breeds more activity. It also breeds conflict, which in turn breeds opportunity. And thus great fun is had by all.

Along with that also comes other entities that might be, by many, considered our enemies. Other pirate groups, other entities in general, that want to prove themselves against us. Or just get in our way. Or whatever, the reasons are multiple and varied. It's all good though. Bring them on. Personally I don't consider any of them to be my enemy. All they are is potential targets. I am, once again, assuming they are all my friends until they prove otherwise.

This is not unusual. And I'm going to go right ahead and assume that many of you reading this are familiar with it. Or that you have experienced something similar in your own in-game or out of game experiences. This is, after all, the heart of a multi-player sandbox. Or it should be.

For all of us, or at least the vast majority, we "get it". And that is ultimately what this post was intended to be about. Not just me, but you. All of you. All of us. Because, once we get past all the stuff I wrote about above, the real point of all of it was simply one word - respect. All of that preamble about being anti-social and creating a world-view that allows me to operate in the world around me, is exactly what all of us do to one degree or another. Admit it or not, we all create these worlds. And the basis of that world is respect. For yourself firstly, but for others as well.

Why do I start off assuming we'll be friends? Because I respect the fact that you come along with your own history, knowledge, experiences and baggage, and that you are going to be fascinating because of it. You might turn out to not be so fascinating in the end. But I will still respect you. At least as long as you return the favor.

This is the heart of the success of our little multi-player universe. Mutual respect. Those that make the choice, conscious or not, to play outside those rules may get a momentary blip of notoriety. But ultimately they burn out and typically leave the game. Flash in the pan. Boom and then gone.

This social experiment of mine continues to be fascinating, wonderful, and engaging, mostly because I've understood that dynamic since day one. And I find it amazing. I still do. And it is the people that make it so. Those on my side of the fence and those that just happen to be on the other side.

I just wandered all over the place to make an editorial comment on the state of Eve. I can only hope that I made some sense. Nothing happened to spark this post today, other than a multitude of small moments.

Respect each other. We are all that we have.