RIP Jovians, We Barely Knew Ya 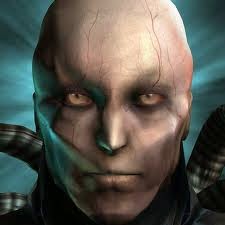 It is pretty gosh darn clear at this point that the race known as the Jove (or Jovian) has vanished from New Eden. They are not technically aliens, but are a branch of humanity that eagerly embraced genetic manipulation and become "alien" to the rest of New Eden. You can read more about them here.

The recent appearance of the MOSN (Massive On-Line Super Nova) referred to as "Caroline's Star" has heralded the formal end of this strange chapter in New Eden history. It seems as if this event, which is strangely visible across all of known space, has either caused this extinction or is a direct result of this extinction. It also appears that all StarGates within Jovian space have ceased to exist. I'm no lore expert, but I do enjoy Eve history, and this is a significant event. (My friend Mark, who is a lore expert, points out that not all Jove StarGates are gone. Two constellations at the far end of UUA remain active.)

From a gaming standpoint this has been building for some time. CCP removed Jovian in-game assets earlier this year and the mass removal of StarGates, merged with the knowledge that players will soon™ be able to build their own, seems to lead many to speculate about the opening of the long-closed former Jovian space to players.

It has always been a blank spot on an otherwise open sandbox, Jovian space was often reserved for CCP for some reason and players could not (except for brief Tournament transport) visit. It would only make sense then to open this space to the players at some point. Jovian space represents a rather significantly large plot of real estate on the map.

I have to admit that I am sorta sad to see the Jove kilt off. While it never seemed that CCP had a clear line of reasoning for them to exist, they were the one "mystery box" left to us. I've made this clear before in these pages, but I believe we need some things that cannot be explained. Space is big and mystery is important. Why should we know everything? We can't possibly know everything. And mystery adds an element of the unknown to a universe that is under constant and relentless understanding. Heck, it is the whole reason why blogs such as this one even exist.

On the other hand, if they aren't doing anything, why should they stay? Perhaps they will become more mysterious in the future by their absence? It is possible that Jovian space is littered with the remnants of their advanced technology and we may have the opportunity to harness this new found technology to do new things - y'know, like build our own StarGates.

Seems logical. And maybe, just maybe, they left a few of those awesome Jovian ships around the neighborhood. And someday, we can open up a whole new wing of ships built around Jovian technology?

While we may never get the chance to play as a Jovian, maybe we can pick up the pieces of their super-advanced leftovers and do something really awesome with it? Let's face it, the Jove were weird, short, yellow in-bred a-holes anyway! Creeping around, always judging us, maybe they got what they deserved in the end? Blown up real good. Or maybe they found a new home and Caroline's Star is the result of a mass-exodus?

I have a feeling we may find the answers soon.