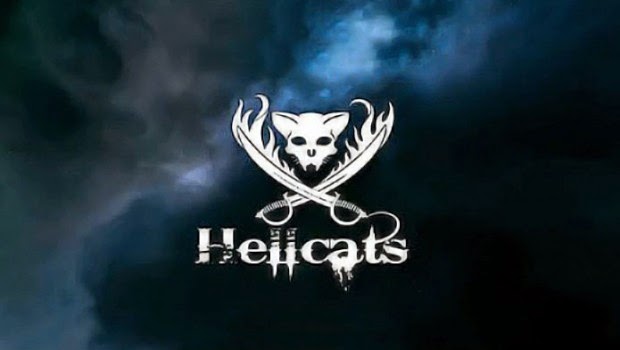 My good friend Dian Lung is re-starting Hellcats and I want to make a really big deal out of this, so you can read more in this excellent article by Mynxee over on Crossing Zebras.

Also I want to mention a Hellcats public roam the first week end of February, which you can read more about here. I suggest you check these out, the public roams are going to be a lot of fun.

I wanted to get the links out of the way before commenting. And I can't do a better job than Mynxee did in that article. The short story here is that my good friend Dian Lung is starting up the most recent incarnation of Hellcats as a "women's only" PvP Corporation that provides training and experience in all areas of Eve, as well as other awesome opportunities for female players. Which I think is an extremely awesome idea and one I support whole-heartedly.

The first human being that spoke to me in Eve was a woman. In a belt in the Rookie system of Todaki. She and her husband gave me some great advice and I will never forget their kindness. A couple months later and all the measly isk that I had was lost in about three hours one day. I was on the verge of quitting when a female Corp mate took pity on me and gave me 150m isk. At that moment, 1m isk was a fortune to me. Her kindness kept me in-game. I've know more than my fair share of powerful Eve players that just also happened to be women.

Which is weird for me personally. You see, in my mind, Eve is full of women players. I mean, seriously, about half the Avatars I see in-game are women. So when I think about it, I always tend to think there must be a healthy percentage playing our favorite game. It isn't true of course, so many of those female avatars are being played by men. Perception is a weird thing.

But I don't believe in making assumptions. So an avatar is an avatar until such time as you and I get a chance to talk, and then only if you decide to reveal yourself or we happen to be talking on comms. Eve is such a strange place sometimes. The barrier between reality and fantasy is very thin sometimes. And it can be a very confusing, juvenile, aggressive, and profane place.

I mention all of this because I don't believe Eve is a very inviting place to some people. And that doesn't have anything to do with women specifically. I can imagine a lot of different types of people being turned off by Eve. This is why I think player attempts to change that, by creating Newb Help channels, newbro friendly corporations, forums, and other channels are extremely important. And it is why I believe something like Hellcats is also important.

I would like everyone to get a fair chance to enjoy the game I love. Whoever they might be.

Dian and I flew together in a previous Corporation and I have nothing but the highest respect for her and Mynxee both. I would like nothing more than to see the new Hellcats succeed and prosper.

So, if you are a female player or know one, then maybe the new Hellcats might just be the place for you.