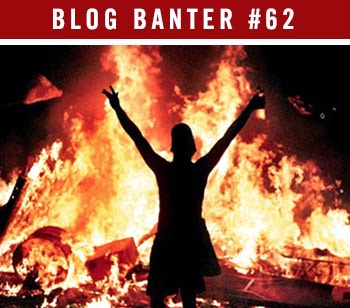 Welcome to the continuing monthly EVE Blog Banters and our 62nd edition! For more details about what the blog banters are visit the Blog Banter page.

Niden (@niden_GMVA) tweeted this: "It's not cool to want walking in stations, right?"
That tweet got a few positive agreements, but on the other side of the coin we have Xander Phoena of Crossing Zebras being mentioned in the current minutes: "Xander said that he would officially like to be documented as protesting any art time going to avatars instead of spaceships."

What is and/or should be the future for walking in stations?

I'm not going to have a lot to add to that. I don't feel strongly about WiS one way or the other, I didn't before Incarna and I certainly don't after Incarna. Frankly I'm glad it is gone, I vastly prefer spaceships in my internet spaceship game. Having said that, I can be an adult about it and understand that some people might be interested in WiS. And that, perhaps, it might attract more players to Eve. (But what kind of players?) And so I'm willing to consider a world in which we have a open door on our CQ that leads to a gathering place for our Corporations to mingle.

That seems like a good expansion of WiS and it would limit the damage that a total WiS immersion would result in, just imagine Jita station for a moment and you'll see what I mean. It would also kinda suck and keep people from hanging out inside stations all the time. Which could also be a problem.

Look. Straight up. I'm ok with nothing ever happening on the WiS side of things and the door to the Captain's Quarters remaining closed into infinity. I never go there anyway.

But like many things that I argue about in these pages, it is more complicated than that. And there can be two sides to an argument, sides that I can see and understand. The point to any further development, and what derailed WiS in the first place, was having a point. I said all along that WiS had no practical point to it. What is the purpose? What are the goals? Where, why, when, and how? Not many of these things were answered. And they still haven't been. Until DUST came along.

And then, for a moment, it seemed like we had our answer. Somehow WiS in Eve would tie into DUST, and Eve players would be engaged by DUST players to bombard worlds from orbit and support their actions. We'd meet up in large control rooms and plan together. And suddenly it all started to make some sense. And I suspect that was the intention at the time.

And now, when I think about Incarna I don't think about WiS, or Gold Ammo, or Hats, or Monocle Gate, or Player Riots, or any of the details from that Summer. What I think about now is the death of the Grand Vision. The BIG Dream. The Future.

What exactly is the Grand Vision of Eve today? Do we even have one? We are living in an Age of insane development, improvement, new ships, balancing, features, and promised changes. It is great, don't get me wrong. But where exactly are we going? Does anyone have an idea?

Say what you want about Eve before Incarna, but we knew where we were going. Sure, it didn't work out that way, but at least we were dreaming big. What is our big dream now? Where have the big ideas, the large goals, gone?

I'd like to dream again. I don't know if that dream has WiS in it or not, because WiS is only a feature. And features are not dreams, features are development. Features support the path to realize dreams. And, in the final analysis, that is why it is hard for all of us to imagine Eve with WiS in it. Because we don't know if it even makes sense to where we are going.

Because none of us know where we are going anymore in regards to WiS. (For those of you that can't remember the title of the post this far down.)


Check out other thoughts on this subject by visiting this link.