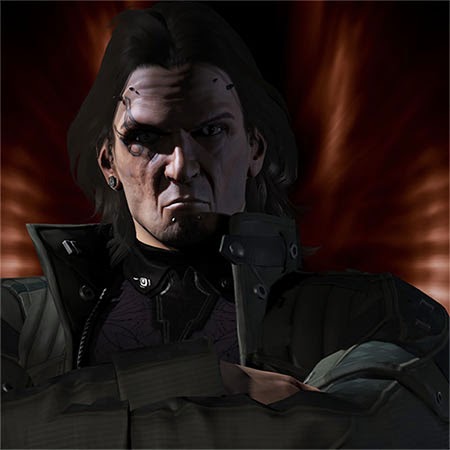 I received some incredibly sad news this morning. Long time friend and fellow Capsuleer Lex Fasces passed away last night. Logging off for good just shortly after logging off of Eve. It was sudden, without warning and that's about all the details I know. You can read the Failheap Thread for yourself.

Name a Pirate group and Lex probably had something to do with it. RvB, Muppet Ninjas, Tuskers, Stay Frosty, Kadavr Black Guard, Lucifer's Hammer, and of course New Eden Renegades. Lex regularly posted on Failheap and other forums, was an incredibly gifted theory-crafter, had no patience for inept a-holes, and could PvP like a freaking madman. He was at once a nut-bag and also one of the best people I've known in Eve. I considered him a friend. I told him many times that Eve was not the same without him in it, and I meant it every time. It wasn't the same. And it won't be ever again.

If you didn't know him, or he put you off from knowing him, you are the worst for it. Lex and Cyber joined my Corporation Lucifer's Hammer back in the Spring of 2010 down in Syndicate. They both taught me a lot about PvP, Piracy, Lunacy, and how those three things go together. Essentially they showed me how to not give a damn and how to play Eve like a game. And have fun. And that was the thing, no matter what, Lex was always a good time.

We went on a merry rampage thru Syndicate, Rote Kapelle, Muppet Ninjas and then finally formed our own Alliance - Burn Away. Then things kind of exploded. And some details that I couldn't say at the time, like the fact that one of the people in the Corporation was actually my real life Son. And that he totally screwed us all one weekend. And Burn Away sorta fell apart after that. Yeah, I felt pretty horrible about how all that went down. I got a chance to finally explain later on and I hope he understood. I think he did. Either way he and Cyber would show up and disappear again here and there. Joining Stay Frosty for a time and then, most recently, really starting New Eden Renegades back up again.

I have a lot of great Lex stories, but I'm going to keep those. It is weird losing people in Eve. I never met Lex in person. And yet I knew a lot about him. It just leaves you with a strange feeling. I only wish the best to his friends and family. He was way to young for this stupid crap to happen.