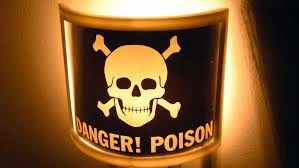 It would seem my post earlier this week continues to resonate with my readers and echo far and wide. Today we have another reader that would like to share some important thoughts regarding how all of this plays out with Corporate Culture inside of Eve.

I've had my own challenges with this in my own Eve career. Just this week ABA parted ways with NER over this issue and went our separate ways. Once, years ago, I had Eve running in my office when an employee walked in at the same time someone on comms (which had been silent) suddenly yelled, "Faggot!" at full volume. That took some explaining and has contributed greatly to my personal aversion to using comms. I've been burnt many times. My children, two of whom are special needs, have been insulted. And every other epitaph known to man has been used against me at one time or another. Sometimes with my children in the next room.

All of this to set the stage for the following Guest Post.

The Hard Work Ahead: The Catch-22 of Toxicity in Corp Culture
by Guillome Renard

In discussions with the leadership of my former corporation about toxic language, there was a tension that was identified between the amalgam of security, activity, and content on the one hand, and positive culture on the other.  The argument in favor of retaining toxic people was, essentially this: “we need their presence in X timezone/activity/hosting/skills or we'll get sieged out/lose prominence/failscade/bad things.”  Corp leadership would often express sympathy for the offended members of the corp - women and minorities mostly - but shrug their shoulders and insist that nothing practical could be done without endangering the corp.

This is not the real Catch-22, however. This is just a convenient illusion that people use to avoid doing the hard work of creating positive culture. It’s not a deliberate obfuscation, either - these people actually believe this tension exists, but it doesn't. There is a tension, however, and it's subtle.

A year ago, my old corp had four women, out of 200ish characters. Today it has none. Two were thrown out, one quit EVE because she was tired of being angry and frustrated when she was trying to have fun (remember this sentiment, you'll see it again soon), and I'm not sure about the fourth, she was mostly in a different timezone from me. Rape jokes, homophobic slurs, misogyny, and apologism for these and more all took their toll, day to day. After a couple of threadnaughts the corp did do away with the term ‘rapecage’ as well as racially-based slurs, but language like ‘faggot’ and the subtler forms of misogyny were permitted to continue unchecked (and indeed unexamined).

The third, though, the one who left because she was tired of feeling demeaned, tired of being reminded that the world considered her a second class citizen, was well liked by the membership of the corp from what I saw. There weren't any cases of direct harassment, either. Such things would've swiftly been dealt with. In fact, I feel quite confident that the people who were making her experience so miserable had absolutely no idea they were doing so. I believe this about them, despite having told them that their behavior had such an effect myself, despite /her/ telling them as much, and despite others still telling them the same thing. Such is the power of human denial.

The last woman in the corp was kicked out, ostensibly for 'not being sufficiently engaged' when she was on. Even those sympathetic to the fact that women get shit piled on them day in and day out will buckle when 'she isn't sufficiently engaged with corp activities' comes out. Internet personality, math geek, and artist Vi Hart nails this phenomenon in one tweet:


We'd welcome women, but they just don't seem interested in our shithole of sexism. Their brains must be wired to not like sexist shitfests.
— Vi Hart (@vihartvihart) December 29, 2014

THIS is the real Catch-22: Attracting diverse people to the corp requires a non-toxic player group, and getting a non-toxic player group requires attracting diverse people to the corp. So long as this circle is allowed to exist - so long as people continue to allow corrosive, toxic atmosphere (and people) to dishearten people - corp culture in EVE (or anywhere else, for that matter) will not improve.

I am very sympathetic to people who look upon these issues and recognize that something is wrong, but don't feel like anything can be done to help. That was me, three years ago. There's plenty of ink spilled on the internet about what you can and should be doing already, but not much of that is EVE-specific, so I'm going to focus on what you can do in your EVE corp.

You can listen, and you should. Huge swaths of toxic language goes on simply because it's reflexive for us. We don't even realize we're doing it. I sure didn't, until a couple of years ago. Once you look for this stuff, you'll start seeing it everywhere, and that awareness will do a lot of the curbing on it's own.

You can confront it, and you should. It feels like drama (because it is drama), and it's exhausting, often thankless work. But consider this: as miserable as you feel stepping up - you have the option not to. The folks to whom this stuff is toxic don't have a choice, and this is their every day. Personally, I don't know how they cope - just a couple of days of heated threadnaught at my old corp would completely exhaust me.

You can lead, and you should. Remember that folks to whom this stuff is toxic have learned, from repeated experiences, that speaking up gets them nothing but trouble, flames, and witch hunts. You'll see plenty of this when you confront it.  If you're in leadership, you need to ask yourself: is this person disengaged from the corp because they're a bad fit for whatever you do? Or are they disengaged because there's a toxic atmosphere that alienates them? If its legitimately the former, then maybe they shouldn't be in your corp. If it's the latter - they aren't the problem and tossing them out won't solve the problem. If you're not in leadership, you may find yourself facing blowback or inaction from leadership. At that point, you need to walk away. Remaining, unless you're going to confront this stuff, becomes tacit endorsement in the eyes of both the victims and the perpetrators.

There are places in EVE where positive culture is the norm. Many of them are not perfect, I'm sure. To be honest, the corp I've recently left is doing better than many others I've encountered - just not enough for me to be comfortable staying there.  This notion that toxic people have to be tolerated because without them we don't have enough pilots is hogwash - the only people who need that to be the paradigm are the toxic people themselves.


PS FROM RIXX: As always I demand civility in discourse here on Eveoganda. Any hateful, vile, hurtful, or otherwise ignorant language will be deleted. The final judge of which is me.