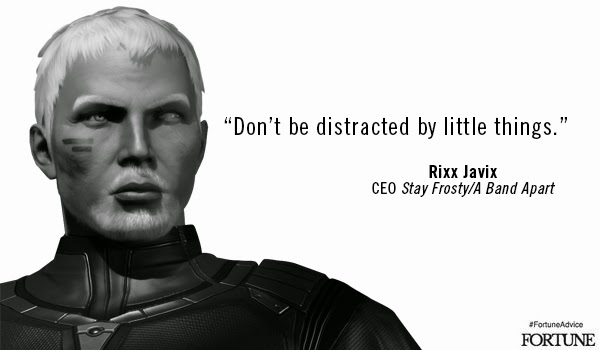 Due to popular demand I've decided to add another post to the CEO Advice series and talk a bit about one of the most important decisions a leader needs to make - Delegation. In the world of Eve this boils down to appointing Directors to assist in running the Corporation. But delegating authority can take many forms, much of which depend on the type of (and goals of) the Corporation you have in mind.

This makes it a challenging topic to give advice about within the confines of this post. There can be no doubt that delegating aspects of authority is crucial to the long-term success of your Corporation. You can't be on-line all the time, and what happens when you are logged off is critical. But there is so much more to it than just a careful way of preventing things from sliding into chaos. A leader that delegates simply to plug holes in his or her on-line time is making a huge mistake.

One of the biggest challenges we face within the realities of Eve is the person sitting on the other side of those screens. In many cases, we simply do not know them well enough and the barrier to getting to know them can be a vast ocean. (Figuratively and literally) This is why so many Corporations form around real-life friends and associates, the opportunity to "know" your leadership council is a powerful one. But not all of us are so fortunate. So how do we decide?

I will tell you straight up honest here, I do not have all the answers. While I have been extremely fortunate to be surrounded by a great group of leaders in Stay Frosty and in A Band Apart, I have also been burned. One Director turned crazy on us and opened our forums to the world, brought down our TS and joined the Corporation that declared war on us. One of our Corporation CEO's nearly brought down one of our member Corps last Fall. The important part of these stories is that those exceptions failed miserably. And they failed miserably because good leaders stepped in to deal with them decisively and with strength. As stated before, those lessons made our entire organization better and stronger.

Character is what I look for primarily. Those with strong character tend to rise to the top and should be recognized. It is important to note that this is not a statement against other players, many of whom may also have strong character, but a positive statement regarding a specific approach to the game itself. In other words, how someone approaches playing Eve is as important as who they may or may not be as people. There are tons of great people in our Alliance, but you can't make them all Directors. But this doesn't mean they can't all be leaders. Because they can.

So let's take a look at this from a different perspective. What makes a good Director? A good Director is someone that understands what the Corporation stands for, what its purpose is, and what the general goals are. That is obvious. More importantly however, they know what that means for them and how they can take those ideas and put them into action. This action varies from group to group, it isn't the same for a Pirate Corp as it is for a WH Corp or a Null Corp or a Indie Corp, or any other organization. In our situation the primary goal of our Directors is to help drive content on a daily basis, keep gangs running, encourage players, and deal with issues as they arise. We don't have assets that need to be dealt with, or structures to feed, etc.

For us the primary role of our Directors is that they play the game, in-game, a lot. We need active, engaged players to keep our momentum moving along. It helps if that also translates into social activity in our various applications. This activity is crucial to keeping things active, engaged, and alive. Nothing is more dangerous to a Corporation than the perception of death, quiet, and non-activity. (And that is true in all Corps)

We've had to remove Director's roles from players that have (for whatever reason) stopped being as active. This is not a condemnation of their character or a judgement against them, only a fact of life. Activity has to remain a bastion of responsibility, it is just the way things are in Eve.

Be smart. Don't over-commit to people until you know people. Take things slow, learn and grow together. Talk a lot. Communicate openly. Share your dreams, your goals, and be clear about what you expect from them. Let them make mistakes. It happens, we all do it. And we all should learn something from them. Not everything is the end of the world, try not to be so dramatic and dogmatic. Understand that there is a person on the other side of that screen, a person who may become a friend.

Don't be afraid to delegate. It is one of the clearest signs of a good leader. And the only way to build a great Corporation.