Again with the WCS 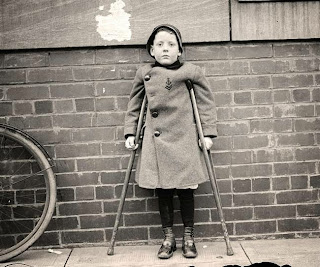 I'd like to point out that it isn't me this time. Kirith started up with the WCS talk and now gamerchick has posted a new write-up about it.

Even I am getting tired of this.

Let's go thru this step by step and I'll use numbers and make it bold, so it is easy to follow along:

2. As a blogger I created the "Anti-WCS" campaign to shame those that choose to use them in Low Sec combat situations. And have fun at their expense. Cause they are funny. I'm going to keep doing that.

3. I never considered an actual "ban" of WCS as a module. I do believe they should only be used on transports and industrial non-combat ships, but that's me.

4. I love Faction Warfare and want it to be a great place for people to play Eve.

5. No one "needs" WCS. Like all of us, being aligned and using d-scan is the key to avoiding combat you don't want. Learn it. Live it. Use it.


So I hope that clears things up. I know it won't. But that is no reason for me to stop trying. Sanity and intelligence are my only defense against the horde. People tend to put you in a box and stop listening to what you are actually saying. I understand this, but it doesn't mean I won't keep trying.

And I have another piece of news I'll share, which I've also said before. Those CCP'ers I spoke to at Fanfest happen to agree with me. FW is currently not optimal and is in need of some adjustments. This will happen eventually, although probably not until after Null Sov is dealt with. Entosis links, Battlecruiser sized plex, and other changes are probably coming our way. Many of these changes will indeed affect FW, Pirates, and all of Low Sec. Including those people that use WCS on their combat ships. Masterplan and I specifically had a nice long intelligent chat about the module itself and changes that could easily be made to make it work more better. And not once during any of these conversations did I ask for them to be banned. Not once. Fozzie even made a joke about that.

Why? Because I don't want them to be banned. Duh.

Don't get me wrong, Eve would be so much better if they just disappeared. Poof, gonzo! Woot! But let's be realistic and admit that isn't going to happen, nor did I ever think it was. Although it should. Seriously. (This is a great example of my Pirate and my Blogger having a conversation.)

The inane will continue to accuse me of trying to "force" them to play Eve the way I want them to play. This is the furthest thing from the actual truth. Please feel free to play the way you want, I can't force you to do anything. Nor would I want to. However you feel, you must also face the facts. Eve is a game. A game with rules. Rules that we must all follow. The only people who can force you to play and follow those rules is CCP. No matter how many drums I beat, I'lll never have that kind of power. Sorry. I wish it was different. (Not really)

The funny thing is, Kirith and Susan and everyone else I've talked to about this - actually agree. I can't begin to tell you how many conversations at Fanfest ended the same way, with agreement. So many people started with the assumption that I wanted to ban WCS and by the end realized that we really all agree on the basic tenets of the argument. How about that?

Things are broken. Things need fixed. See how easy that was?