Citadel: Would I build one? 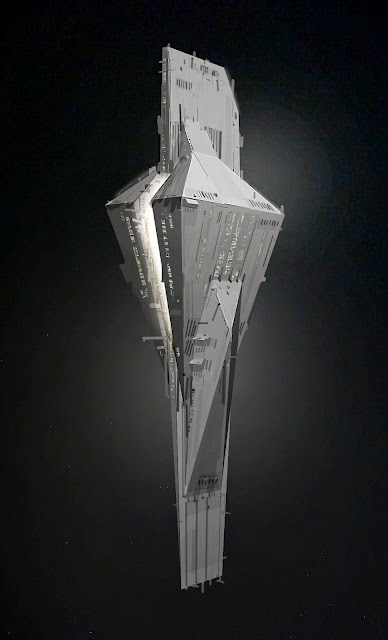 Once upon a time in a land far, far away I sat in a Frigate and watched as an egg was hatched and blossomed into an Outpost Station in Providence. It is an event that I have only witnessed twice in my years of playing Eve and I still remember it. I'll probably never forget it.

I suspect that such an event is increasingly rare. Only one Outpost Station can be built in each Sov Space system and they cannot be removed. This puts some serious limits on how many you need. I know we had too many in Providence.

But now CCP comes along and has the audacity to whoop ass on some totally new and kind of amazing structure possibilities. Along with drastic and game-changing changes to Sov mechanics - comes the first of Player built structures. Only the beginning of what seems to be an almost endless stream of new things. All of which most likely ends with us building our own Star Gates.

Just yesterday I wrote a post in which I stated that one of the keys to being a Pirate in Eve is not owning anything static. Static ownership means defending, feeding, caring for and otherwise being tied down to something. That thing up there is certainly a static piece of property. And the really big ones are going to be super expensive. But, and here is the part where I lose my ever-loving mind, if we can build one... I want one.

It doesn't make any sense. I certainly don't need one. But it would just be so super awesome to have one! I admit it. And yes, I may lose my Pirate Card because of it, so be it. The whole idea is so cool it won't matter. And yes, most likely I'd have our Alliance build one and own it, so technically it wouldn't be "owned" by Stay Frosty. So we could keep our Pirate Cards. But still, that is just a technicality.

If you haven't guessed by now I really like the idea of players being able to build their own things. The more control players have in their hands the better it is for Eve. This is one of the foundational points upon which all of Eve is built. Player control. The more we have the more like a Sandbox Eve truly becomes. And that is good for everyone.

Of course we have a lot to learn about how this will all happen. But the first steps are already under way and next week we all take a giant step into a brave new world.

Plus, you can blow these things up!! Oh my God!! And they have weapons?!