This morning on the Slack Creatives channel my good friend t'amber challenged me to make an "old-school" Star Wars style graphic for Eve Online. As you should know by now, it is difficult for me to ignore such challenges. And while Eve doesn't have a Darth Vader, we do have the Drifters - so they'll just have to sit in as the big baddies for now.

I even made a game cartridge for it.
I have so many projects right now that deserve my time and energy, I have no time for such games! I apologize, but sometimes I just have to do the thing right in front of me.

Back to work now, I promise.

We dug back thru our Archives and managed to find a rare screenshot from Drifter Wars: Eve Online: 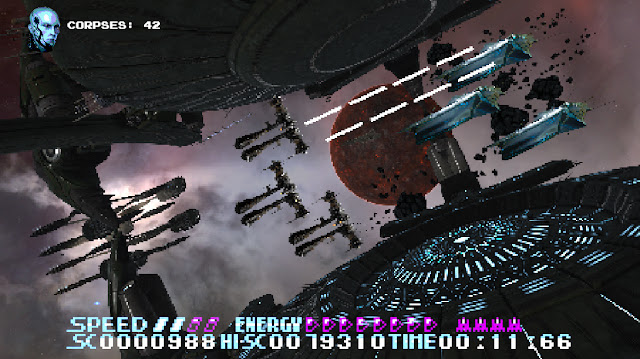 The angled side-scrolling was truly ground-breaking for its time.

It seems some of our more intrepid fans followed a long-held gaming myth to the middle of an Arizona landfill and found an original game box: 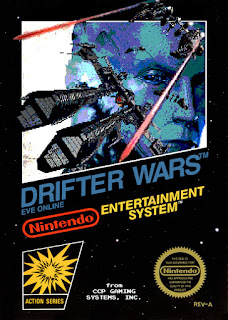 And now a Wallpaper of an old ad from the game's original release has been scanned from an old copy of Byte Magazine! 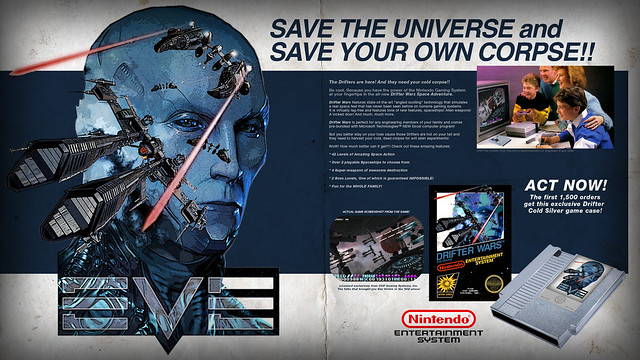