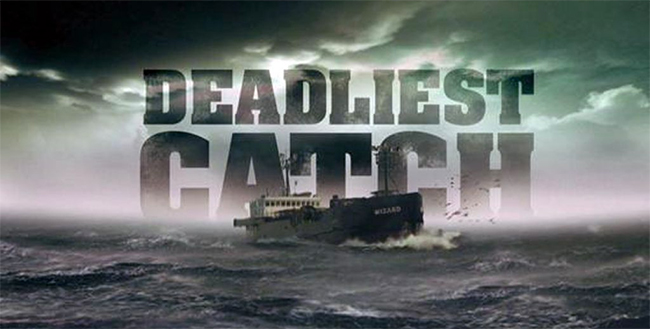 Way back in 2010 I wrote a post called "The Pod Captain Debate" in which I proposed a compromise position regarding the issue of how exactly we pilot our ships. For as long as Eve has been around this debate regarding how we actually fly our ships and how many crew members does it take to make that happen has raged around the community. There are lore experts, there are charts, and there are those that believe we float in our pod and don't need no stinking crew - even in Capital Ships.

Look, it doesn't really matter. The game is the game. One could argue, and be right, that we should drop the whole issue and move on. It really doesn't matter in the context of the real world, or in the context of playing Eve. Not even a little bit. I get that. But "letting go" isn't really in the DNA of space nerds, is it?

So let us move past the silly logic of being reasonable and try to figure this thing out. I used an image from the Discovery Channel show "Deadliest Catch" for a reason. Let's assume that of the hundreds of ships going out every day into the Alaskan waters to find crab suddenly have to deal with New Eden levels of danger. An already dangerous job suddenly turns into Eve levels of destruction. In the current scenario that most people cling to, this means that the vast majority of ships going out each day simply do not return. And of those, about 75% of the crew members perish. Now let us imagine the social, political, and economic impact that such devastation would cause around the world. I suggest that rather quickly, people would stop signing up to go out there. In fact, the outcry of such levels of death would be incredible. The entire industry would shut down until we figured out what the heck was happening.

If every crew member serving on spaceships in Eve dies, no matter what the specific numbers might be, people would stop serving on ships. Period. People are not stupid. Not that stupid.

So what we are left with is two choices. Either the vast majority, like in Alaskan fishing today, survive - or we fly our ships alone in our pods. The lone pod option has problems. For one thing it doesn't address the thousands of NPC ship explosions each and every day. Thousands. There are nearly 30,000 ship losses a day in New Eden on average. I suggest that it is ludicrous to assume a high mortality rate among those ships. I don't care how big the universe is, or how many people there are, no one is signing up to serve in a death trap.

So ships must have crews, even if those numbers are mitigated by a demi-god flying it. And those ships must have a means of increasing the odds of survival for those crews serving on them. A process that is more or less stable, predictable, and reliable. A crew member has to feel they have a good shot at living to serve again, to go home to their family, and be able to spend the money they've made. Just like real people do today.

Let me suggest a solution based on perception. As Capsuleers we perceive the universe in a special way, as immortals we are different than the average Joe. This is to be expected. We have a lot to deal with. Information is flowing to us, thru us, and must be dealt with quickly. We don't have time, or the need, to add to that mountain of data. Hence we just ignore those things that do not matter to us. Such as eating, such as shopping for toiletries, and such as the survival of our crew members. We don't have to worry, because it is taken care of. We have more important things to deal with.

I believe that even in our pods, we need crew. A small crew of tightly knit men and women that serve with us because of the benefits doing so bring to them. The fame and fortune and social elevation that such duty imparts to their lives. Yes, it is extremely dangerous. And sometimes one of them does not make it back alive. But it is rare. I believe that in the moments before a ship explodes that each crew member has the chance to escape the ship and be jettisoned into space along with us. That such data does not appear on our overviews because why would it? It has no direct impact on our decision making process, we have a pod to get safe. Just like they do. Although theirs is more like the one C3PO and R2D2 use in the opening of Star Wars. At least that is how I choose to imagine it.

This is the only solution that makes sense. Space is dangerous, no doubt about it. But it cannot function if it is fatal. Period.

In the final analysis it truly doesn't matter. But in my mind, when I am playing Eve, this is how things work. My crew has been with me, for the most part, a very long time. I trust them and they trust me. I've made them, the survivors at least, very very wealthy. And they keep me alive, my ships functioning, and those long hours in space bearable. It is, for all of us, a win-win situation.

You can choose to live in a universe where everyone on board a ship dies horribly every time one is lost, or you can choose to imagine the vast majority of them slipping out of danger in their escape pods. For me, I choose to believe the only thing that makes any sense.