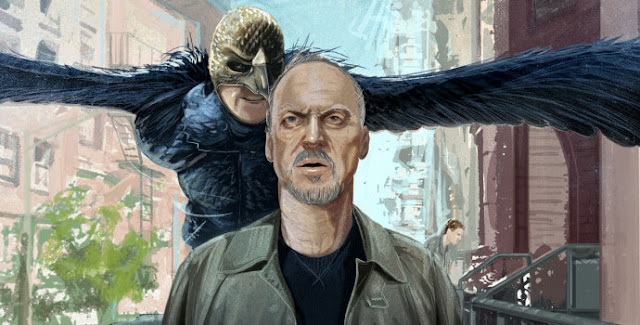 I've recently become aware of a strange trend on-line among writers of culture. I'm trying to stay away from any specific links or examples, as I try and see things in a more general over-arching fashion. And I don't want to call anyone out about something specific, as I don't know anything at all about their individual background or approach. All of that being beside the point anyway. The point is essentially a simple one, lack of knowledge, experience, or interest in historical culture milestones being treated as a virtue or point of pride.

An actress who doesn't know who Rock Hudson is. A film-writer who hasn't seen any of the Star Wars films. An art reviewer who doesn't know the works of Jackson Pollack. I could go on. All of these examples are ones I have run across lately. The thing that unites them all, beyond just the sheer ignorance, is the attitude in which they were presented. As if such gaps are sources of pride. A choice that had been made to purposefully ignore obviously important and significant history, within their own field of interest.

Before I go any further, let me be clear. I'm not saying that everyone needs to experience, know, learn, see, and hear everything. That would be silly and also impossible. I am saying that a musician who doesn't know who the Beatles are, is purposefully being ignorant. And such a choice, while totally their right, is not something to be proud of. It is clearly a sign of ignorance and an embarrassment for that musician. I'm a huge film fan and I have never sat thru an entire viewing of "Gone With The Wind" (as an example) and I probably never will. But that doesn't mean I don't understand the significance of that film, the time in which it was created, and the impact it has had since.

It is interesting to contemplate as a trend, if it is indeed one. From where does such an attitude about the past originate? Is it a reaction to the overwhelming pace at which new information is being presented to a modern generation? Have we begun to experience the results of max-saturation? Is this a lack of processing power in our minds? These are obviously much bigger questions than I am attempting to answer myself.

I liken it to the exuberance of pride un-educated people take when pushed into a corner on a subject to which they have no knowledge. It calls to mind a recent case in which a young man ended up being killed by a Police officer simply because he was convinced, beyond a doubt, that he knew the law better than the Officer. I remember the case because it stood out to me as an example, not that ignorance is potentially harmful (duh!), but that pride in your own ignorance is harmful. Its one thing not to know something, we all have blanks in our knowledge base, but it is another to cover those blanks with a false sense of pride.

There are no unexpected virtues of ignorance. But perhaps all of this is nothing new. Perhaps it just rubbed me the wrong way this past week because I bumped into a half-dozen examples. Not knowing something is not a problem. Ignorance itself is simply a hole waiting to be filled with knowledge. We all have them. The point really is the way in which you choose to deal with your own lack of knowledge. Covering it up with baseless pride is never the right choice in my humble opinion.

Try to keep up. The world just keeps turning.