The Bank Robber who shared my Cab 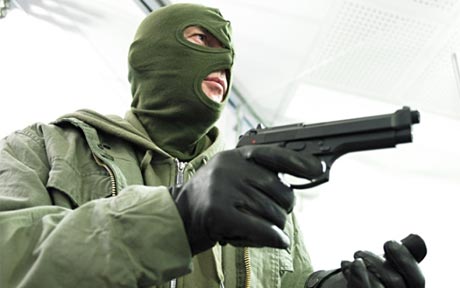 This is a real life story that has nothing to do with Eve. I'm sharing it with you today because it came to mind yesterday and it is a good story that really happened to me. If you'd like to skip reading it, please feel free. Thank you.

Back in the day I used to travel a lot. New York, Los Angeles, and all over the United States for business, client meetings, production, and everything else. For a long stretch of that time I suddenly became prone to strange happenings and weird coincidences. Do you remember the Atlanta Olympic bombing? I just happened to be leaving Atlanta around that time and I suppose I looked a bit like someone that might bomb something. I got some very special treatment at the airport on that trip. I also used to randomly bump into celebrities a lot back then. Or end up on movie sets by mistake. Or have dinner late at night with the cast of ER. Weird stuff. I don't know why, but it continued to happen to me for almost two decades.

One of the strangest moments during this weird streak happened in New York one summer in the late nineties. It was one of the hottest summers on record in NY, the day I landed was well over 100F and it had been that way for at least a week. Everyone was miserable. I believe I was in town for a film transfer, but I can't be sure. I know I was only there for two days and one night on that trip. Because all I had with me was a small overnight bag. I was traveling alone and had, as usual, taken a cab from the airport into Manhattan. The traffic was horrible and the drive in was taking twice as long as it normally does. I can still remember how hot and sticky the air was, how miserable the cab felt and how angry my driver must have been to someone on the phone. He talked loudly in Pakistani the entire trip to someone on the other end of his cell phone.

We had finally crossed the river into the city and we sat in traffic waiting our turn to get off the expressway and into a side street. We just missed the light, but we were first to turn next. That was when I heard the alarms going off. Hearing alarms in Manhattan is not unusual, but the thing that made these especially jarring was how close they seemed. It was just as this proximity knowledge was penetrating my brain when the side door opened and the masked man with the gun got in next to me. He put the gun to the driver's head and yelled for him to go now. I can still remember something funny about that moment, in the film version of slow motion, as the Pakistani driver said one final word to the person on the cell phone and finally hung up the phone. He flipped it shut, that is how long ago this was.

I'll give it to the driver here, he was well practiced. He slipped thru the cross-traffic and headed down the side street. After about two blocks we finally could go no further due to the cars in front of us. I don't know to this day what came over me during this time, which up until then could not have been more than a few minutes. It was a strange and peculiar mix of heightened reality and a sobering amount of unreality mixed together. For some reason I never felt in danger, it was more like a scene from a Coen brothers movie than real life. But whatever I felt at the time, all I really know for sure was what I did when the cab finally came to a stop. I turned to the Bank Robber and said, "You have the driver, you don't really need me. I'm getting out here." There was a moments pause, perhaps a deep breath and the masked man turned to me and said, "Yeah, ok."

I grabbed my bag and stepped out onto the sidewalk, just as the traffic broke and the cab sped away once again. I stood there for a long time. The sound of Police sirens finally made me start to move again. And, as is the way in New York, no one noticed a thing. The city continued on as before around me. To this day I have no idea what became of the Bank Robber or the cab driver. I walked the rest of the way to the hotel.

That is the sum total of that story. I hope you enjoyed it.