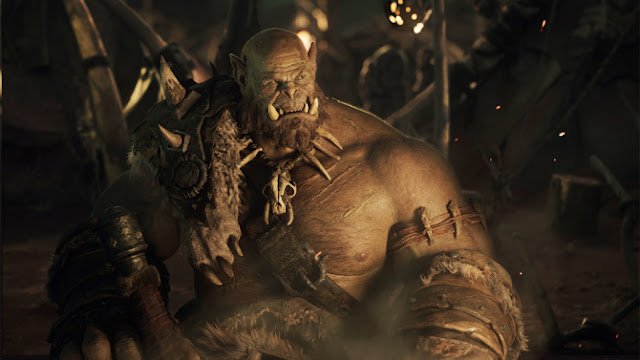 There is a lesson here that applies to Eve, especially to the new player experience. Just be patient and I promise to bring it all back around by the end of the post.

In addition to spaceships, comics, video games, science-fiction, actual science and other nerd corners of the universe, I happen to be a huge film geek/nerd as well. My morning ritual involves a half-dozen websites with movie news and reviews each day. So I read a ton of information about film. I enjoy story-telling of all types. One side-effect of so much reading is picking up on various tropes and common themes that run thru the heart of so many stories and reviews. One of these tropes reared its head this morning over on Variety. Geoff Berkshire's review of the upcoming Duncan Jones film Warcraft. Which, no surprise, he didn't much care for.

This post has nothing to do with Warcraft or Geoff's review specifically. It has to do with this common theme that pops up in his review. And I quote, "With little concern for all those already perplexed at the mention of orcs and mages, “Warcraft” plunges headfirst into a fantasy realm teeming with mythical creatures, magical spells and exotically named characters and locations. It’s a take-it-or-leave-it approach likely to have most audience members opting for the latter, though devotees of the immersive role-playing source material may have an entirely different experience."

This kind of description will pop up often in reviews of genre material. Reviews of AMC's The Preacher is yet another recent example. I read this kind of thing often and I find it rather odd. Clearly this is the author's own biases showing thru the narrative as they struggle to wrap their heads around a corner of the universe they personally may not be familiar with, but is it a universal bias? In the case of Warcraft are there people out there thinking to themselves, "This story has Mages and Orcs in it? I don't understand what that means!" Really? And this has nothing at all to do with people liking Mages or Orcs, that is a side issue. But after hundreds of years of fantastical story-telling, from children's books, fairy tales, and beyond into modern film-making, is there truly an audience out there unfamiliar with the basic underlying tropes of fantasy? Or for that matter science-fiction?

Warcraft the movie may very well suck, I won't know until I see it myself. But I doubt it sucks because people are confused about the universe it lives in. The highest grossing film of all time was an original story set on a planet full of blue people that worshiped a giant tree and plugged into native animals thru a USB port in their hair. Audiences had no issue following along with that weirdness.

So we are left with the knowledge that it isn't the fact of the universe that the reviewer finds issue with, but the way it which it is presented. Certainly most intelligent humans are more than aware of the basics behind most genre at this point on our planet, alien invasions, time travel, fantasy, science-fiction, comic books, name a genre and I bet most people can tell you the basic beats in most stories told in them.

So what does that mean for Eve? As CCP Ghost works to help develop the New Player Experience for Eve Online I think it is an important lesson that needs to be understood. Potential players are not unaware of the basic tenants involving science-fiction or spaceships, especially those that are willing to give Eve a chance. What I think they need is a faster way to set themselves into that universe, understand their place in it, what the basic rules of engagement are and are not, and what that means for them as a player. Eve, especially at first, has always been challenging. When I started playing back in 2008 it was essentially like being thrown into a lake by your Father in order to learn to swim. Welcome to Eve! Now go play.

Personally I would dismantle and re-build the ENTIRE entrance portion of the game. I think it is time for a fresh look at how we bring players into Eve, what they are presented with, and how they are presented with it. Less decisions at first, more immediacy, and engagement from the outset. Keep the experience smaller, while revealing the larger potential. Eve can be extremely overwhelming at times, even for veterans, so let's try and manage that fear better at first. Think about how Disney manages rider expectations during the long process of standing in line at one of their parks. In much the same way, we need to better manage player expectations while we work them into Eve.

Even a very slight increase in retention would be significant for Eve and for its long-term survival. If the numbers are to be believed then plenty of people are trying it. We just need to transform more trials into subscribers.

Cause, let's face it, spaceships are awesome.