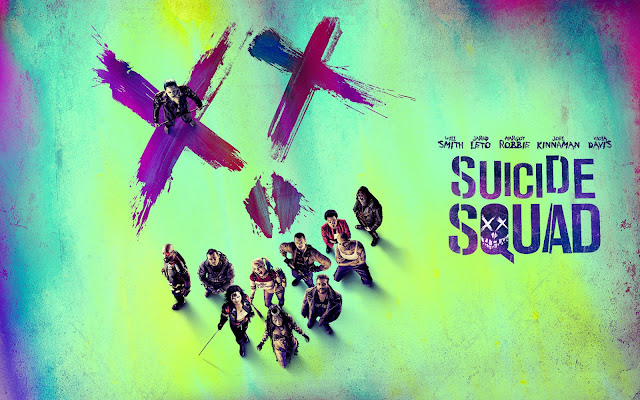 There are some films that are good because they are plainly bad. These are the guilty pleasure films that are obviously horrible, but in a good way. Suicide Squad is not one of those. It is another kind of movie. A good movie that is pretty bad. Not horrible. Not as bad as many critics have made it out to be. Flawed would be a much better word for it. But also very good at the same time.

I've been a movie critic before, I used to be on the Rotten Tomatoes list. But I don't consider myself a movie critic. I'm a fan of film. A consumer of film. And a person that knows a lot about how films are made. I'm also a reader of film history. Really, I like a good story well told. To me this is what makes a good film, or television series, or anything, good or bad. The story and how it is told. Either it works or it doesn't. Those things are all easy to say, but let's be honest here, there is a lot of gray area. Suicide Squad is full of gray areas.

Suicide Squad needed to be about 15 minutes shorter. It needed about 2 less musical cues. It needed two less scenes about motivation and things in people's necks. It needed a very good editor for the last thirty minutes (The editing at the beginning is not the same as the editing at the end). It needed Amanda Waller to NOT shoot the people in the control room. (That was unnecessary and wanton in my opinion, we already established she was a badass - now she's a murderer?) And I would have cut that scene of Deadshot finding the folder. Didn't need it. Frankly, other than that, I liked Suicide Squad a lot.

Critics are wrong about a lot of things. Turns out Joker is in this movie more than ten minutes. Turns out him being in the movie isn't just 'whatever', but he is important and represents an entire thru-line all the way thru the movie. That was an annoying realization after reading and listening to so many complaints about the Joker. He's fine. He is no Heath Ledger, but he is miles better than Jack or any other Joker who isn't animated. (Mark Rules!) The introductions and back story elements are well done and placed throughout the film. The level of humor is good. Its no GoTG, but its not supposed to be. The audience I saw it with laughed at all the funny bits. Another thing I heard a lot of? There are no consequences? Tell that to Slipknot.

Ok the bad guys Brother was pretty terrible. And I'm as tired as everyone else regarding lights shooting up into the sky and stuff revolving around the clouds as your big ending CGI fest. Ghostbusters did it waaaaay back, so we should probably stop now. Come up with something else please. Stop being lazy.

Harley is great. Will Smith is very good and not very Will Smithy. Amanda Waller is awesome, except for that murder spree thing. And everyone else does ok with what they have. Its an ensemble piece, not everyone is going to get equal time. Nor should they.

I tweeted this after seeing it, I don't want DC making Marvel movies. Marvel already does that. I want DC to find their own voice and make DC movies. I believe there is room in this world for many, many interpretations and myths surrounding the super-hero genre. Just like in real old fashioned comic books! And I think Suicide Squad, while certainly not perfect, is a big step in that direction. I hope people will see it and decide for themselves. I don't understand the pile on this time, this is not the same thing as Batman V Supes. Its not even close.

I sincerely hope that Wonder Woman is an even bigger step in the right direction.

Until then, we have Doctor Strange to look forward to.


What a time to be alive!