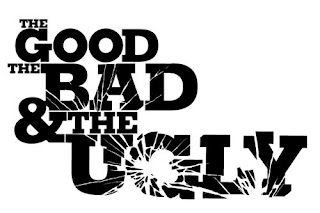 It is often the case when a single day in New Eden can surprise you, even when you've been playing as long as I have. It is, after all, one of the reasons I keep playing. Eve is rarely boring for very long, especially when you are actively looking to be entertained. That is my sole purpose for playing. I want to enjoy it, have fun, and challenge myself. And also hang out with my fellow Stay Frosty pilots.

Yesterday was one of those days. I'm going to go by the zKill measure of "days" which is really two days for me. Or parts of two days. Whatever. Its all made up anyway isn't it?

It started with me encountering my very first Sunesis thingie. Frankly I hadn't given the ship much thought since it landed in our hangars. Usually the Holiday ships, while cool and all, are usually not much for PvP. I came to help Watson kill the thing but he died shortly after I landed. The Slicer I was in was not my Slicer, a fellow pilot had given it to me as he left Corp the day before. It is always weird flying a ship you didn't fit yourself. No matter the fit, I always have this strange itch about it. Its like wearing someone else's clothes. I knew nothing about this Sunesis. All I knew was that I was kiting like a Boss and he wasn't dying. The Slicer cap is notoriously bad so as soon as it started to fade I made my decision. Let's burn and test his tank. So I turned into him and overheated everything. It didn't matter and I went BOOM.

Ok fine. Time to fit one of those for myself.

Phantasm in local. And he seemed to be solo. Well then I told Watson to grab something with a tank and decent dps to bait with, and meanwhile I'd sneak into a safe spot with every laser ships worst nightmare, the Curse. Full rack of neuts and TDs. Sure enough Mr. Phantasm couldn't resist the Gila bait and the game was afoot. One thing you tend to forget when you fly Frigates alot is just how long bigger ships take to warp!! Sheesh the Curse is sloooow. I eventually did land slightly further away than planned, and Watson's Gila was really feeling it. But after a cycle of neut power and the TDs finally landing, the Phantasm simply shut down and exploded. So many tears in local after that one. Seriously dude, we were nice about it only bringing two ships to the fight. The Cruor doesn't count, he only landed after the fight was decided. And we let your pod live. Trust me, there are groups out there that would have dropped a Moros on you. Their initials are EE and/or SC. Just sayin.

I had an excellent 2v1 with a Comet and an Incursus from Aideron Robotics. That was a good fight and they both did very well despite exploding. They did the best they could given the fact that they put blasters on that Comet.

On my way back home I noticed a Hawk in a small plex. I gave this one some serious thought. First of all it'd been a long time since I had fought a Hawk, especially in a Comet. And again, this Comet was not my usual fit, it was also a gift from a fellow SF pilot. So confidence was not at a good level. And the Hawk pilot was in Shadow Cartel. I don't mind exploding pilots from Shadow, but typically they tend to blob me. There were a good number of hidden people in local. But I decided to Hell with all that, it was late, so why not?

As expected I was probably going to lose to the Hawk fair and square. And that's when the Griffin Navy Issue landed and made sure of it. No surprise I lost the Comet. Sad that things played out exactly the way the stereotype dictated.

Oh and by the way, naming your ship "Not Worth the Bullets" doesn't work.