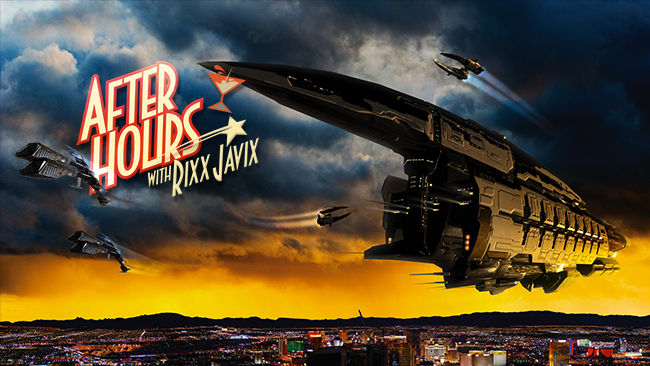 After Hours will be returning here shortly after a Summer break. I took a break for two reasons, 1) Because it was Summer and we had the Alliance Tournament, and 2) Because I needed a new microphone. The microphone I had was a pain in the ass to be honest. Especially when I finally discovered that it was the reason my audio would often garble out and get funky bad. So today I installed a new audio rig based around a Spaceship Gray (of course!) Blue Yeti with shockmount, screen, etc. I just ran it thru some VO practice and it sounds amazing.

I want to say a special thank you to Niden and the folks over at Crossing Zebras for hosting the first season of the podcast. Originally, After Hours was going to be one of the first podcasts associated with another service provider, but delays and other issues caused me to have to search for a home quickly. CZ was awesome in picking me up quickly and giving me a home for the first twenty episodes. So thanks for that.

But now that I have twenty episodes under my belt and a nice fat Summer break behind me, it is time to bring the podcast back home. So season two will be self-hosted on a server my good friend and fellow Alliance pilot Ramdar is setting up for me. And new episodes will be heard right here on Eveoganda. Where they should be.

In the meantime I'm working hard on getting season one episodes up on my YouTube channel, so look for those to start hitting over the next week. I have quite a backlog to get posted there.

It is extremely important to me that this blog, my work, the podcast, and my playing choices inside of Eve remain independent. Anyone who knows me or has read this blog at all should know how important that is to me. Independence doesn't mean neutral, despite what some of you might think. I have my own opinions and my own goals. But A Band Apart, Stay Frosty, and myself remain staunchly independent. It is very often a hard choice and an even harder way to live in Eve. It certainly is never the easy choice. But I don't make choices because they are easy, I make them because I believe in them. And I always will. No matter what.

So it is with some measure of sadness that I have to cut my official ties to Crossing Zebras. Certain affiliations have recently changed, and while those decisions are theirs to make - I cannot be associated with them. As much as I like the people involved, I simply cannot take the risk that things may change even further in the coming weeks and months. Because they often do. Better to make this break now and see how things develop from the sidelines.

Which all happened while I was considering moving the podcast anyway. So no big deal.

I've essentially decided to cut ties with all Eve media establishments, not just CZ, and remain fiercely independent as always. This way I don't have to keep up with who is sleeping with who anymore. It is easier and frankly, the way I prefer it. Who can keep track?