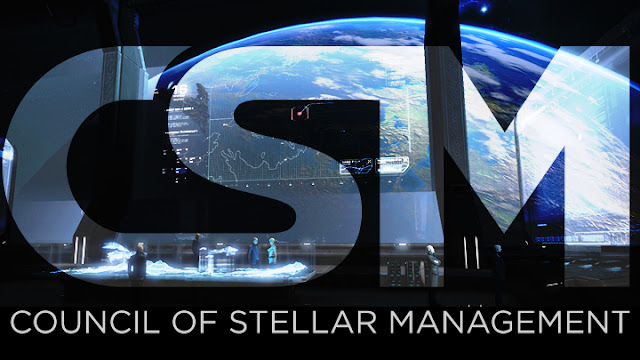 Every year around this time people will ask me if I'm going to finally run for the CSM. And usually I say the same thing, nope. At first it was because I was running a company and didn't have time. Then it was essentially impossible because my life was insane and the idea of being on the student council was ludicrous. Not to mention the fact that my Wife banned me from running. Because, duh. I agreed with her. That would just be silly.

Then yesterday she says to me, "Maybe you should run." And, again, I had to agree with her. Maybe I should. If there was ever a year to do it, this would be the one. I mean, it is CSM 13 after all. What better CSM for the Pirate Lord of Low Sec to be a member of?

So I floated the question over on Tweetfleet and in our Alliance Discord. The support was great, but also the concern. Also great. Everyone had some really good points, advice, and worries. Great stuff. Thanks everyone for everything you had to say. As always it means a great deal to me.

Obviously I have a great deal of passion for Eve and our great community of players. I've been an advocate and a change agent for almost ten years now. We've fought many battles together over the years, we've won some and lost some. We got the Frills put back on the Vagabond. We got hats in game when everyone said it was impossible. We showed CCP how easy it would be to manage limited licensing agreements and empower fan art... ok, that one we failed at. But at least the Eve Store is awesome... ok, let's get back to positives. We fought Incarna and got CCP to focus on spaceships and save the game. And then they went and focused on Structures, so I'm thinking we should call that one a draw. Over the years I've successfully worked with almost everyone at CCP in one way or another, even those that aren't even there anymore.

Rixx on the CSM? Are you kidding me? Yes, yes I am kidding you. There is no way in Hell that I will be running for CSM. Have I forgotten that this is the same company that has been selling my work for two years now (two years this month btw) without a contract or compensation? I haven't forgotten.

Look, months ago I made a resolution to myself. After two years of Hell I decided that I was going to get back to playing Eve again. For those two years I essentially didn't play the game except for the Alliance Tournaments. I promised myself that I would focus on Stay Frosty and A Band Apart, my podcast, this blog, tweetfleet and nothing else. I'd forget all the drama with CCP and just move on.  And focus on playing the game I love with the pilots I'm lucky enough to fly with.

And that my dear readers is exactly what I plan on continuing to do. Why put myself right back into drama land? I have a great job now as the Chief Marketing Officer of a great company I'm proud to work with. My wife's work is like ten minutes away from my office, so we can both ride in together most days. Which is awesome. In September of 2019 I'll be finished with ALL payments to the injustice of my centuries long multi-million dollar divorce. Things in our lives are better now than they have been in a very, very long time.

No thanks. I will do everything I can, as always, to try and get some good Low Sec people on the council. I try to help make that happen every year. But I'm not running. It was fun to think about for about 12 hours and imagine the look on certain people's faces when my name was announced at Fanfest. But that isn't a good reason to run.

I'm trying to remove crap from my life. Not add more.