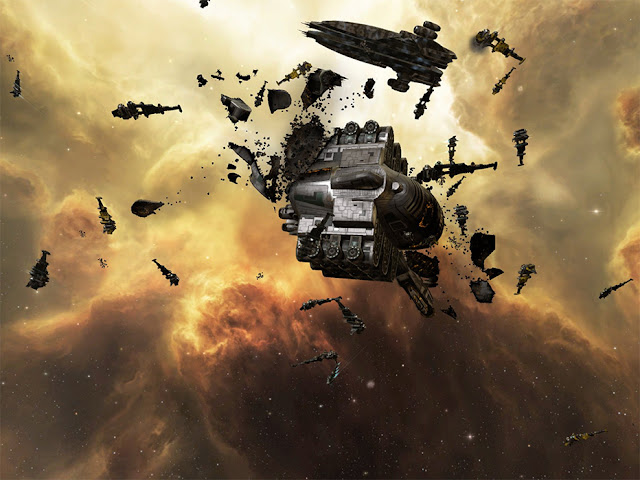 It is a common misconception by many to view empire space, in particular high security space, as “Safe”. While CCP Games had put many restrictions in that part of space to allow newer and older players relative safety, the reality is many players have found ways around these features, exploiting game mechanics to generate content for themselves, as well as a tidy profit. One such enterprising individual is Opec, a member of Hoover Inc. Pandemic Legion [-10.0]. Opec has been running a one man shakedown operation for several weeks, targeting the traffic that passes between major trade hubs located in high security space. His methods vary but their aim is all the same: Get as much money from unsuspecting travelers. In order to do so, Opec employs several tools, some of which had been used by high security space pirates for years. The most common shakedown method is bumping. Simply put, using a ship with sufficient mass and speed, a player crashes into another player’s ships, causing no damage but sending the two flying in opposite directions. Due to EVE Online’s unique physics, such mechanic is used by skilled players to push freighters and haulers off gates and out of alignment. Unable to align or jump back, a bumped ship cannot enter warp and escape, thus left to the mercy of the bumper who would often exact a heavy toll from his victim. Once the ransom is paid, the hauler is allowed to resume his or hers original course.

The second shakedown method is more nefarious. Using an alternate character, Opec offers his services to unsuspecting pilots who are in the process of being bumped off the gate. This usually come in the form of applying stasis webifiers which slow down a ship considerably. Since a slower speed allows a faster aligning time and entry into warp, many freighter pilots believe that such aid would help them escape the situation and readily accept. Suffice to say, such beliefs are unfounded in game mechanics.

Any act of aggression not sanctioned by a war declaration or a kill right in high security space would cause a CONCORD (NPC) fleet to spawn near the aggressor and proceed to blow him\her to smithereens. To get around that and to allow some limited warfare in high security space that is immediate and not costly, CCP Games had implemented a dueling system which allows two players to engage in consensual warfare. Both haulers and pirates quickly adopted the new mechanic in their line of work. Using a clean character, often fairly new with unblemished corporate history to offer aid in stasis webifying lowers the guard of many pilots who’d otherwise hesitate. Once a duel invitation is accepted, Opec’s character sheds its friendly façade and proceeds to warp scramble the unfortunate individual. Unable to warp off thanks to the warp scrambler’s effect, the victim is forced off the gate using a secondary character. Unable to jump out or warp off, the hauler is forced to either pay a hefty ransom or be destroyed. Many prefer to pay up rather than lose their ship and cargo, something which also works to Opec’s advantage as less time is spent on dismantling the ship and possibly losing part or all the valuable cargo thanks to EVE Online’s loot drop mechanics.

Of course, many veteran freighter pilots often employ their own secondary characters in order to provide their own stasis webifiers. For those cases Opec has a trick up his sleeve. Using a cruiser fitted to tank a lot of damage, he applies warp scramblers to stop the freighters from warping. Though the ship is destroyed within a few moments, the application of warp scramblers often causes freighters to decelerate as they are unable to warp off momentarily. This gives Opec a large enough window of opportunity to use another character to bump off the freighter and force it to pay a ransom. Not everyone is willing to pay a ransom or accept a duel request. For such cases, Opec must call for help. Thankfully Opec operates within the sphere of influence of CODE. [CODE.]. The alliance has made a name for itself for suicide killing, or as is commonly known in the game as “Suicide ganking” freighters. A large, well oiled machine, CODE. calculates the exact number of cheap, throwaway, ships needed to destroy a freighter or a hauler and still turn a profit from its cargo. Thus Opec can rely on CODE. to supply the firepower needed to destroy ransom refusers. Whatever loot drops is often split between those who participated in the gank.

In the few weeks of operating, Opec has managed to amass a small fortune from his illicit activities. From ransom money to loot drops, Opec has gained approximately 30 billion ISK, and that is not counting the share that went to accomplices and helpers along the way. What is more, Opec is not alone in this line of work. Across empire space, plenty of other individuals and groups are stalking the trade lanes of New Eden, looking for future victims and extorting ISK and blood from unsuspecting pilots. In a way, they have become New Eden’s highwaymen, brigands whose only interest is in shaking up traders and who operate with near impunity. Making the long haul to Jita and other trade hubs one of the most dangerous activities in the game.
Guest Article written by Salivan Harddin (@SalivanHarddin)