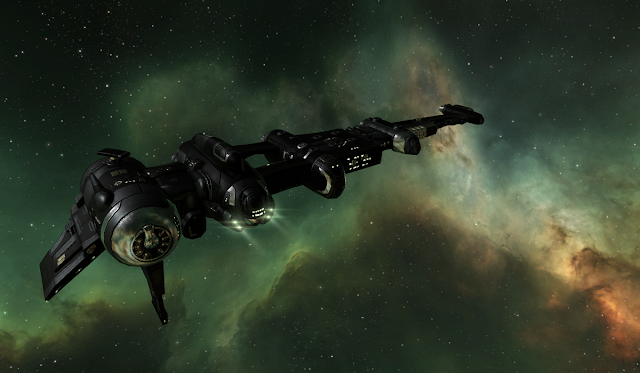 In yesterday's post detailing my current Top Ten ships, I also mentioned the ones sitting at the very bottom at #100. Among those was the Catalyst at only 7 total kills in almost ten years. Which is decidedly wrong of course, but I won't go into the whole "killmails are missing" thing again. Let's just go with it.

The Catalyst has just never done much for me and I certainly haven't flown it much over the years. Typically it is the 'other' option when it comes to High-Sec Ganks - after the venerable Thrasher. So whatever the total number of kills really is, the truth is I haven't flown it all that often.

So last evening I decided to do something about it. I bought 2 Cats and fitted up the first one. God knows how old the single saved fit I had was, but it seemed legit. And with Blasters fitted the darn thing put out pretty close to 500dps! That seemed good. (This is the place where people who fit Comet's with Blasters fall victim to the "That is sooo much deeps!" syndrome!) Note to Readers: DPS only matters when it can be applied. Remember this.

So I undock and warp to a small plex to get used to the ship. My trusty wing-man Pirate Cat jumps up into my lap and I miss the Slicer on scan. So I'm pointed and being slowly chewed away by the annoying kiter. At this point I do my usual thing, which is to practice my manual piloting skills! Yes kids, even when you are being slowly killed and you really have no chance of victory or escape - use your time wisely. If I could catch the Slicer he'd die, and while I came very close a few times, eventually I did explode. Not a great start.

However, lessons were learned. And I had another Catalyst. Except this time I went with a full rack of 125mm Rails, like an intelligent person. I wasn't going to be slowly chewed away by another kiter! I'd be killed by a high-dps brawler instead!

I learned in Corp Chat that a pilot had been haunting the area earlier in a Griffin. And sure enough I saw him in a couple of systems flying around. Eventually our paths brought us together in the same system and I warped to a plex and waited. As predicted he just couldn't resist the juicy Catalyst and we started our deadly dance. I was jammed from the start and his rockets chewed into me. Sadly for him I never panic, or lose hope, or give up. I knew that eventually my lock target button smashing would pay off. I also figured that his ECM using cowardice would mean he would stay until the end. Sure enough, with about 40% structure left the jam finally broke - point - overheat guns - one dead Griffin. Hull tank ftw.

Later I found myself waiting in another plex for a Firetail and a Tristen to decide to come for me. It took them awhile to work up the courage, but eventually they both landed on the Beacon. I immediately went for the FT figuring he'd be Artie fitted with dual webs (which he was) and I'd need to eliminate him first. I also figured that would mean the Tristan would escape, but better that than losing my ship. The FT died rather quickly under my guns. And so I turned my attention to the Tristan who had me long-pointed. He was faster than me, but as long as he had me pointed I could point him too. I switched ammo and a few volleys later he exploded nicely. After that fight I had 19% structure left. The entire portion of the fight with the Tristan I ran with almost no cap. So I was switching between running the rep and running the guns. All without a functioning prop mod. Such a good fight.

At this point I'd like to mention that everything I've written about above, in addition to a couple of targets that ran off, a small roam, a fellow Stay Frosty pilot who lost his Thrasher before I could arrive to help, all took place within 45 minutes. That is all the time I had last evening.

And people continue to complain that Eve takes a huge time commitment. No it doesn't.

Jump into a ship, undock, and adventures will happen. Rinse and Repeat.

It is only as complicated as you make it.