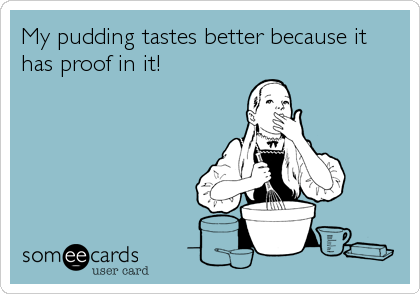 I really enjoy the history of Eve, not only of the in-game machinations, but also the out-of-game community history. The two are inseparable and they intertwine and mix fluidly together, you can't really separate one from the other. Eve is now over 15 years old and that is a ton of history. For a young player it can be difficult to catch up, even if they happen to be interested in doing so. This post isn't about showing you how to get caught up, on that front you are on your own. But I have noticed a trend lately towards recency bias that I find interesting.

Recency Bias is defined as "when people more prominently recall and emphasize recent events and observations more than those in the near or distant past."  A great example of this bias at work, and one which we can all probably appreciate, is the weather. Humans seem to have a hard time remembering weather and exactly how cyclical it is. The patterns repeat, but people seem surprised every time it happens. The current weather always seems worse, or more unusual than they remember. But recency bias affects all aspects of life, from sports teams, to music, art, and beyond. We tend, in general, to favor the moment and expect it to be special.

So given Eve's long history, the influx of new players, and the trend towards recency bias - it is not surprising that a number of people are confused about certain things. And in keeping with recent themes I would like to focus primarily on toxicity. Toxicity in communities is nothing new. And certainly not when it comes to Eve. This has been, to varying degrees, a conversation that has been on-going since the beginning. And this is not unique to Eve.

What a newcomer might not appreciate is that many, many people in the Eve player base have taken steps over those years to combat, mitigate, and or exclude that toxic influence. And while I won't try to include every single example, I would like to point out some obvious ones.

Tweetfleet - The existence of the popular hashtag tweetfleet is a good example. It has been around pretty much since Twitter started and has largely been an unusually effective place to mingle, express opinions and generally avoid the more toxic elements of the community. A large part of that has to do with the format itself, but it is also often self-policed. and banning those that bring hate to the group is relatively easy and individual. No system is perfect, but I personally believe strongly in Tweetfleet.

Facebook - I know FB isn't the cool place to hang, but there are bunches of FB groups dedicated to Eve. And probably because the accounts are linked to real life accounts they tend to be pretty much free of bad actors.

Broadcast4Reps - I've written extensively about this program in the past and I couldn't be more proud to be associated with it. I even appeared in the video below. As long as I am involved with Eve I will be a believer in this idea. I've personally seen it in action so many times.


Best of Us - Another great community outreach program, this one primarily for Vets who also play Eve. I'm also a proud supporter and I'm not even a Veteran. At least not of military service. Great people doing great things because they want to help.

Operation Magic School Bus, The Angel Project, Care4Kids, Red Vs Blue, Eve University, etc - I could go on and on, there are so many individuals and groups doing wonderful and positive things for the Eve community. I salute all of these players and try to help them all as much as I can over the years. Please take the time to google search and explore the fansites, blogs, forums, Slack channels, Discord servers, and on-line information portals and learn more about these programs.

But the expression of positivity isn't limited to players outside of the game. In fact, many organizations in-game have sprung up over the years as a result of this positivity. To varying degrees these groups are direct responses to the toxic nature that can often be found inside of Eve.

Groups like Brave Newbies, Signal Cartel, Sixth Empire, A Band Apart/Stay Frosty, and others (apologies for not listing everyone) were created specifically to provide different options to potential players. I can directly speak to ABA/SF which enjoys a zero tolerance policy when it comes to hate speech of any kind. And I know other groups in Eve also use similar policies.

The world has changed a lot in the fifteen years since Eve was launched. The advent of social media occurred well afterwards and has had a significant impact on Eve as well. The fact is that things do change, people change, and so do communities. It is easy to look at your own situation and over-react to the way you see things here and now. But there is more to the history, effort, and community that you might be missing out on.

I've said this before, but it bears repeating. The thing that has changed the most over the years is the sheer amount of Player Gatherings around the world. Please take a moment and visit Eve Meet and find an event near your own home. Meeting other Eve players in person is the best decision I ever made and I'm having more than thirty of them over to my house this weekend.

Get out of the house and meet some players. It'll change your entire perspective.

Get involved with a charity, or a support group, or organize one of your own. Help people. Be the change you want to see. Put your efforts towards improving the game we all love. There are a lot of us out there doing it already. And we love the company.