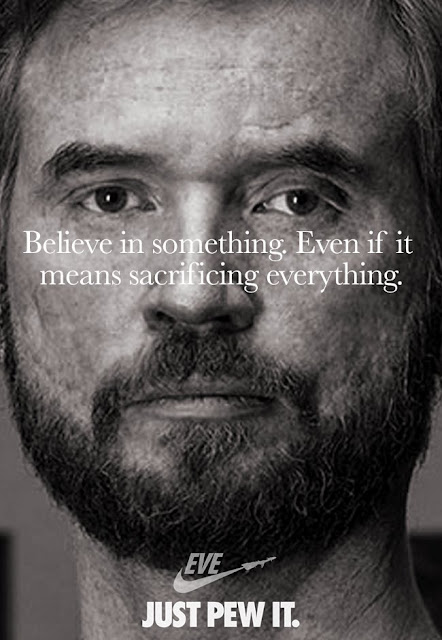 Today the news broke that many have been anticipating for awhile now, CCP finally found a buyer and will become a wholly owned sub of a South Korean gaming company. I'm sure you can find the details around on the Internets - they are everywhere.

Like I said, not a complete surprise. I won't bore you with all the telling signs, but for those who watch such things - the signs were there. Still, it is always a bit of a shock when these things become reality. And not surprisingly the Eve community in all of its infinite wisdom has decided, in the main, to panic uncontrollably. I even hear that most of PL will be quitting come Spring. And probably NCdot as well. (I'll believe all of that when it happens) But there is no doubt that a lot of weird, thin-skinned people are losing their minds right now. One can only hope that The Mittani isn't far behind them.

I guess some people have never been part of a corporate merger/buyout/acquisition before? Let me assure you of a couple of important points. A company doesn't spend $425 Million dollars to destroy another company, or to run it into the ground, or chase off the loyal customers of the company it just spent money on buying. Will there be "common ground" between the two companies, economies of scale, overlapping development and departments? Of course. As time moves along those will be dealt with, which means some people will lose jobs or new jobs will be created. Offices may close, or move, or change. All of that will happen behind the scenes and for the foreseeable future life in New Eden will go along as usual.

Eve is 15+ years old now. This acquisition will breath new life into the game. It may, over time, transform Eve as well. But I'd argue that Eve has already been transforming and evolving over time - so this won't be anything new. In fact, it will probably just be more of the same. Your own level of acceptance at that progression may vary. But it isn't anything new. If you think it is then you have been living with your head in the sand for the last ten years.

Am I concerned? Nope.

As always I play Eve as it is presented to me on the day I log in. There may come a day down the road when the game is no longer recognizable to me - but I don't expect that to happen. I do expect it to continue to evolve and change, as it has always done.

I do hope no one at CCP losses their jobs. I do hope that this evolution continues on the current path. And ultimately, I hope Eve lives Forever.

For now I'm willing to believe this just might be great news. Perhaps the worry about CCP's financial situation can be behind us for awhile. And we can stop watching chunks of our friends lose their jobs, offices close, games be abandoned, and all the other wonderful things the past has brought us. Maybe we can look toward the future with at least a modicum of hope.

I don't think the sky is falling. Primarily because the sky is made of pixels.

As I said earlier on Twitter, I salute our new South Korean Overlords and wish them well.

Help us make Eve even better.