Quitting is NOT Winning 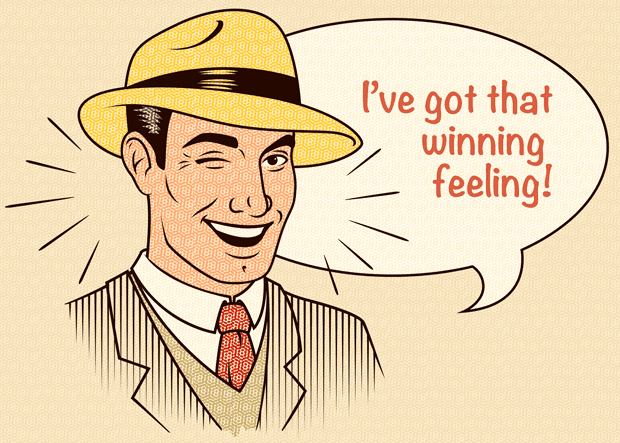 It has annoyed me for years that when someone leaves the game someone will invariably comment that they have "won" Eve. I don't like it. To me it feels like one of those "Thanks for Participating" trophies the politically correct crowd started handing out to non-athletic children so they didn't get their little feelings hurt. Yeah, thanks for quitting dude, but here in the Eve community we call that "winning" for some dumb reason.

And before you get your pants in a knot, I'm not saying that people that quit playing Eve are losers, or bad people, or anything other than quitters. Because they haven't won nothing. Everyone has their reasons for leaving and no one can honestly play a stupid video game forever - but let's be honest here - they quit. Pure and simple.

So why do some people say that they "won"?

Those same people believe Eve is a bad game and that only by quitting can you actually win Eve. This is the only explanation that makes any sense. The only way you can win by quitting is if the thing you are playing at is horrible. This crazy thinking has become so ingrained into the Eve community at this point that it is almost automatic. And it shouldn't be. In fact, I would argue that such thinking is bad for Eve.

Because Eve is not a terrible game. In fact, it is awesome. And it has been awesome for over 15 years, and hopefully will be for another 15 years or more. This is a fact. Terrible games don't usually last that long.

I believe people probably started saying this ironically. Yep, you 'won' Eve sucker! Now go home, one less sucker for me to steal from! Some dude in Rookie Chat asked one day, "So, how do you Win Eve?" and some smart-ass Veteran answered, "You can only win Eve by not playing!" And the rest is history. Now we're stuck with it.

I hope by now you realize that I am mostly joking. I don't really care what you guys call it. But quitting isn't winning. And I don't think calling it that is helping anyone. I think it sends the wrong message about a game I love. Feel free to stop playing for whatever reason, I know a lot more quitters than I do people who are still playing. But let's try to tone down the talk about winning.

There is nothing wrong with quitting. I know I've thought about it myself a few times. I don't encourage it, but I understand it. Every situation is different and you gotta do what you gotta do. If you do leave, we all live in constant hope to one day see you log-in again. It happens and every time it does I get a warm fuzzy.

But that's not quitting, that was leaving. And then coming back. When you come back you get re-entered into the potential winners campaign once again.

No matter how you slice it, quitting is not winning. And it never has been.


Check out this talk by Mike Azariah from Eve Vegas 2017: