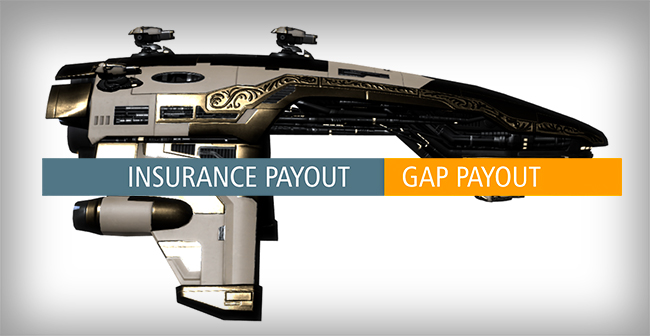 It has been 15 days since I last wrote. That was unintended. There has been a gap.

Mostly that happened because of two things. My lovely Wife had emergency gallbladder surgery and I went on a business trip. Because of those two things I also caught a nasty case of Bronchitis which I am trying to get rid of. But it isn't easy to do that, it wants to turn into Pneumonia so bad.

So yeah, Eveoganda took a back seat during all of that. As did Eve for a bit there. I wasn't playing at all there for about six days.

This enforced break helped however and I've had some time to think about certain things and put my on-going Eve career into a bit of perspective. Back in 2014 I started the #Creatives channel over on Tweetfleet Slack and for a long time that was a hoping place. We had over 300 people in that channel at one time. But over the years Slack lost popularity and now everyone is over on Discord. So I'm happy to see that some of my fellow Eve Creative friends have started a new Eve Fan Art home oveer there. I'll get a nice banner link set-up for it shortly. But come check it out and hang out with us creative types.

In addition I decided to initiate the Great Purge of 2019. I'm kicking every single Stay Frosty member who hasn't logged in within the last six months. As always these members are aware that they can re-join should they decide to return to Eve Online. They will always be welcome. Once a Frostian, always a Frostian. (Unless you are a poo-poo head)  But already we've trimmed the membership down more than half. With more to go. I'll have to stop saying we are the largest Pirate corporation in Eve here soon. But I probably won't. No one else has active members either.

Time to clean house. From an Alliance stand-point we are also cleaning some house. Over the years you tend to collect a few placeholders, or one-man corporations for various plots, or schemes, or whatnot. Those are going to go away. Time to consolidate.

I just want everything to be nice and clean, and much easier. And more active.

With that in mind for the last year we've been pushing hard for more activity, more fleets, more gangs, more fun, and more participation in public roams and fleets. Currently we run internal fleets about 6-7 times a week and a public fleet each weekend. We'll be doing more of that. In another month or so I want to start FC'ing a regular public fleet as well. So I'll be sharing more information about that in the near future.

Our focus from day one in Stay Frosty was a more engaged, active, and participatory model of low sec Piracy. We used to hold FFA's with 4,000 deaths, and Death Races, and crazy public events to bring back Vagabond Frills, and fun stuff for everyone in Eve. We used to laugh in the face of danger! Well, I still do that. Most of us do.

I'm tired of Stay Frosty not being mentioned when someone talks about Low Sec. We are the last remaining bastion of old-school Piracy in New Eden and it is time for us to re-claim that crown. Even if we have to steal it.

I'm ready for a new age of Stay Frosty.