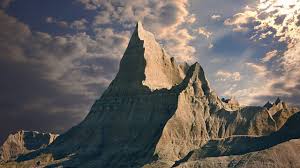 Last night I fitted up a ship I haven't flown in a long time and undocked to see if I could find any fights. The ship was a Slasher. Which used to be a more regular member of my rotation, but it has fallen out of favor lately. For no real reason. So I put a fit together I liked and figured I'd go put it to the test. Hopefully something good would come of it.

Sadly space last night was unusually empty and barren. It was seven or eight jumps before I even started seeing other ships in local. So I chased a few Ventures around, they were in no danger from my Slasher. But that can be fun and it helps waste time.

I even went into a belt and killed a couple of rats. That's how bored I was.

Then I had a series of ships in local in various systems that refused to fight. Which is also pretty typical. If I was them I wouldn't want to fight me either. Of course one of the big things about being a Pirate is getting people to fight you even though they don't want to. I try to teach this to my fellow Pirates, but some people never seem to understand that part of the game. I'll keep trying.

And then, almost by accident, I spotted the Cormorant in a small plex on my was back home. It had been over an hour since I first undocked. I was 100% aware of the Rixx Rule #23 which states that the longer you are in space without a good fight the more likely you are to take a fight you can't win. It's a real thing. But I had an ace up my sleeve that gave me some confidence.

First of all there is always the chance the enemy pilot is going to be terrible. Or badly fit. Or AFK. There are a bunch of things that can swing a fight in your favor. I never count on those, it's a bad idea to consider them. If they happen - BONUS! But don't build a plan around them. No, more than likely this was one of two scenarios. He was blaster fitted and sitting on zero inside the plex. Or he was RLM fitted and sitting off the beacon at range. Since most people are not me and tend to fly the more confident and predictable choices - more than likely he'd be blaster fitted.

And pumping out a crap ton of deeps! Scary deeps.

How could my lightly armored Slasher survive? I landed with my AB, REP, and Scram overheated. My immediate goal was to pull range as soon as humanly possible. If I lived that long I'd be fine because I also had a Tracking Disruptor fitted and loaded with a Speed Tracking Script! That's right true believers, I was fitted up to attack this specific target.

And yes, that blaster Corm hurt bad. But once I started pulling range and the Disruption script started flinging his bullets in weird directions - the fight was essentially already over. It took longer, and he almost slipped out of scram range once, but eventually he exploded. And we both gave good fights in local. I even let his pod live.  (And no, I can't explain his killboard. Eve is so weird these days.)

I bring this fight up because it was a good fight, but I also bring it up because it was nothing truly special. It isn't even that great of a story. It's always good to get a 1v1 solo kill above your weight class, but that isn't super unusual. So why did I just write an entire blog post about it?

Because it was sublime.

And while huge fleet fights get all the attention. And scams and rip-offs get the press. And large, butt-numbing F1 monkeys get all the love. There are those moments every day, outside the limelight, away from the lights, that truly, honestly and with regularity - keep Eve alive.

For me it was a solid good fight last night after an hour of boredom. For you it might have been the perfect timing on a rock depleting just as your cargo filled up. Or finding that perfect site during the first sweep of the probes. Or slipping out between those gate campers. Or quietly achieving a goal you've been working on, that no one noticed. Except you.

Those are the sublime moments. And I just wanted to take a minute and appreciate them.

Every once in awhile the sun glints off my ship in just the perfect way.