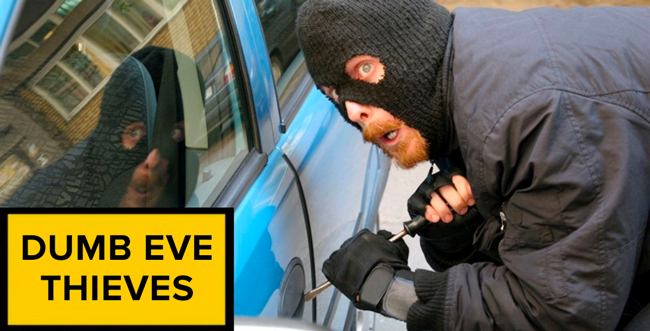 I have a good story to tell you today. It has all the elements of a solid tale, deception, lies, ignorance, stupidity, false information, and an over-riding failure to understand basic game mechanics. This story also happens to be true. So sit right back and enjoy the following tale.

It all started with a conversation on Discord. One of our Alliance Corporations is having issues because the CEO happens to be AFK and has been for a long time. He was involved in a serious incident out here in real life and we are all concerned for him. (And hope he comes back soon!) But for some in the Corporation patience is starting to wear thin. So their leader tells me a few of the active members are going to leave and form their own Corp. My reaction is the same as it always is, sorry to hear that, but I support the effort. Once you guys get set up think about re-joining the Alliance. You can't stop people from leaving, it happens, and the best thing is to be supportive.

About two hours later the reports start filtering in. It rather quickly becomes apparent that leaving the WH wasn't enough for these guys. Instead they emptied the Corp Wallet, stripped the Structures, took the BPO/BPC corporate cache, and wandered off to Low Sec with ownership of the WH structures. Essentially they took everything of value with them.

We have very few rules in Stay Frosty and ABA, but one of the ones we do have is very important. And that is stealing from Blues. You just don't do it. You don't steal from your friends. Steal from enemies, steal from neuts, but don't break trust with friends. In my personal opinion there are few things worse in Eve than a Corp Thief. It breaks the basic core principal that holds Eve together (barely). So my reaction and the reaction of our leadership is not good. It helps to know how much we detest thieves.

So far this tale is rather normal. And not unexpected. I certainly wasn't surprised. And then we learned that one of the Corp Thieves turned right around and stole the stolen Corp Wallet iskies, most of the BPO/BPCs, and structure mods right from his new found friends and wandered off to join Goons (of course). He did transfer ownership of the structures, not to the new Corp, but back into our control. All of which is hilarious.

Suddenly a lot of these Corp jumpers and thieves want us to let them back into the WH to grab their assets. Seems they forgot to take a bunch of stuff with them, or consider the logistics involved, or fail to grasp our response to having our stuff stolen. As time rolls on it becomes increasingly clear that their new "leadership" team has lied to their members as well. Time and time again they lie, or deceive, or pretend everything is fine - when in fact the world is falling down around them. I do feel bad for some of the members who jumped ship looking for more active play. But honestly "more active" play is on you in the end. If you want your group to be active, then make it so.

So many dumb mistakes are being made here. But we aren't finished yet. You see this new Corp left WH space and went into Low Sec space to become "true low sec pirates" and that starts to become the funniest part of this story. We know what system they are basing out of and what they are planning. And we also know they own the POCOs in that system.

So this past weekend we decided that they needed to learn a valuable lesson. And we needed some revenge. Both of which make for good times to be had in Eve. While I was hosting 34 Eve nerds at my house on Saturday our pilots put all five of their POCOs into reinforcement without resistance. The Corp Thieves planned to "tell everyone" to come and help them on Sunday. I guess they forgot that I know "everyone" that matters in Low Sec. I've been doing this for a very long time.

And here is where I'd like to give a shoutout to our Alliance team for putting together a perfect operation on Sunday. Thanks to Devlin, Watson, and everyone else involved in the logistics, planning, and execution - our operation went perfectly. They and their few friends took the bait in system and brought in a decent fleet of Bhaals, Leshaks, Brutix, a Rodiva, and a few other ships. As soon as they landed we dropped about 20 stealth bombers and my Stratios on them. I wish I could have seen the look on their faces, that would have been priceless.

Needless to say all the enemy ships died rather quickly and we only lost a few SBs and a couple of support ships in the fray. A few other ships, like their Tornados, also died during the day. And we lost a few more in the moving back phase after the fight was over. But all in all we dominated the fight and took back every single POCO in system.

Obviously there is lots of other details I can't share with you about this story. But suffice to say these are not the smartest kids on the block. So many rookie level mistakes were made, even after the theft, with security, roles, asset management, and intel. Beyond the original theft and the back-stabbing theft they suffered later, it was just a sad display.

Hopefully some valuable lessons were learned from this experience.