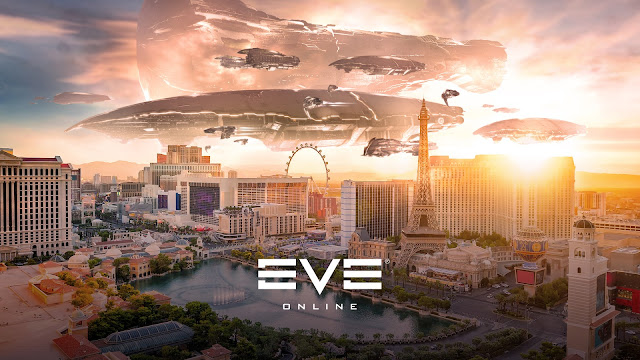 Now that Eve Vegas 2019 is in the can and I finally had a chance to catch up fully on the presentations I missed over the weekend it is time to consider what happened. Last week I wrote a post regarding what I wanted to see from the event called "What I Want from Eve Vegas" which you can read by clicking on that link. So how did we do?

1) Sense of Direction?
I would sum this up by saying Iteration seems to be the word of the future here. Nothing "new" was announced or teased, what we got was a ton of iteration on existing ideas, gameplay, themes, and directions for the immediate future. Instead of a 'roadmap' we got a year broken up into quarters, which is how everyone breaks years down. So that wasn't news no matter if you call them quarters or quadrants. The Triglavians have a Dread now, but again, I think most of us expected that was going to happen.

Iteration is not the worst thing in the world. In fact it can be perfectly fine. Later in the weekend we got more details on actual plans to iterate on existing systems in the game - so I was pleased to hear about those. But nothing grand, nothing on the scope, dreams side of things. Nothing at all negative here, just a general lack of dream building. Maybe that will come at Fanfest 2020?

2) Conflict Faucets?
Again, lots and lots of iteration on existing systems here. We did hear about changes coming to FW space and that was solid, as well as bi-weekly advances/balances/iteration coming from Team Talos - and that was solid as well. Will these changes address conflict in New Eden? Will it prompt more Null Sec alliances to make war? Will it energize the player base to fight? I think the general answer to that is nope. Nothing I heard at Vegas will address these issues. And these are big stagnation issues that Eve needs to address if it is to last Forever. In my humble opinion.

I liked everything I heard coming out of Vegas. But I missed hearing something, anything, that would help me re-ignite my own Alliance/Corp into activity. What puts butts in seats?!? What drives people to risk? What are the rewards? I suspect a bunch of Alliance leaders are asking these same questions this morning and unfortunately I think the answers are pretty much the same as last week, before Eve Vegas.

That is unfortunate. But that is what comes from iteration and not innovation.

Look I love warp tunnels, and the new female Triglavian Dread is amazing for people who fly Dreads, and the new station in Jita is incredible, heavy bombs, the improvements to the NPE are awesome, 8% more players sticking is nothing to sneeze at, all of these things are great iteration. And I am not poo-pooing them. Great stuff.

But from all the Discord channels I watched over the weekend nothing seems to have made anyone respond by re-subbing, or moving their Alpha back to an Omega. And that is what I wanted. So I have to be a little disappointed.

How about you, how do you feel about things after Vegas?