Anatomy of a Kill: Caracal & Jackdaw 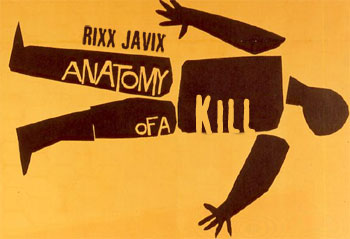 I believe that one of the most difficult and challenging professions in all of Eve Online is hunting Solo. Which is why I do it as often as I do. While I also love small gang and sub-cap fleet operations, nothing quite satisfies like hunting down a fellow pilot and winning a good fight one on one. It is insanely risky, unpredictable, horribly intense, and often extremely rare. Killing another ship is one thing, but truly experiencing a good fight Solo is often quite another. I kill a lot of enemy ships, but only rarely does a fight elevate to the level of a truly good fight. And it is that pursuit that keeps me playing, refining, training, and undocking every single day.

As I've said in these pages hundreds of times, the definition of a good fight can change based on the circumstances involved. Sometimes it comes down to the tactics used to initiate the fight, or the subterfuge, or incidents surrounding the fight - the last-minute escape, or something more than just the actual slugfest. Like how expensive the kill might be. In other words, a good fight can often be in the eye of the beholder. More often than not, the dude on the losing side doesn't agree.

Lately I've returned to a frigate that Stay Frosty helped make famous back when it first appeared in New Eden - the Astero. Back in the early days my good friend Joffy was rather famous for flying the ship and these days I'm naming all of mine in his honor. I fly other ships of course, 20 different ships this month already, but I've been hard at work refining the fit on my Astero over four generations so far. So it was the other day that I was roaming the spacelanes in Joffy V looking to test it against worthy opponents.  I had already killed a Kestrel and a mostly unfitted Tristan(!!) but as you can imagine, neither of those kills elevated themselves to good fight status. I needed a challenge.

So I was hanging out near the Sun in Annancale the other day when I noticed the Jackdaw on scan. Now a Jackdaw is not normally a good target selection for my little Frigate. But what I noticed was that the JD had just opened a brand new Reprisal site. Fine, I'd let him have the site and be on my way. But then I noticed the Caracal on scan. Again, not usually a good target selection for my little Frigate. However, both of their sigs were on the Reprisal site now. And I immediately warped over. My hope was that the JD had already taken the gate and slid into the site and that my little Frigate would beat the Caracal to the gate and I could engage it in close quarters. If I could get the Caracal under my Scram/Web and in range of my Neut, then I might stand a chance of winning the fight.

Everything went exactly as I hoped. I landed before the Caracal and managed to get Scram/Web on him before he could activate the gate. And now I was committed. I hoped that I would be able to explode the Caracal before his buddy in the JD came to rescue him. Which is a challenge since my little Astero, while it has a solid tank, is not much of a DPS machine. (What I wouldn't know until later was that this Caracal was passive tanked with three extenders, so my Neut was having no effect at all really.) And then, just as the Caracal hit about mid-shield, the Jackdaw landed.

Now I was in a 2v1 against two ships both of whom are higher class than me and both of whom are shooting Frigate killing light missiles at me! And while the Caracal wasn't sporting points, his JD buddy surely was. Now I was truly committed.

Immediately I made the decision to switch my Web and my Neut from the Caracal to the JD and hope he was active tanked. I also drove my drones into him thinking maybe he'd be confused by the sudden thought of losing his ship and run away. (It happens!) He didn't. I was under no false sense of hope that I could break the JD's tank, I fly them myself and I know how they can be, but then again - this is Eve and sometimes people fit their ships like idiots. (Just look at that Tristan from earlier!)

At this point I was starting to run low on Cap Charges and the JD was making the decision to start shooting my drones. I asked for help in Corp channels, but most of Stay Frosty is off dealing with something else right now and no help was available. (More on that later this week.) So I decided to focus on the Caracal as my primary.

My tank was performing well and I wasn't in any immediate danger. I stopped using my Neut as it was having no effect and it was chewing cap charges. That helped slow things down a little on that front. Then I noticed the first red line show up in the Caracal's structure. That red line is like a shot in the arm for anyone fighting a shield ship and I knew the Caracal was going to explode. Which it did shortly afterwards. The Caracal exploded.

Which left me with this annoyingly well-tanked Jackdaw. I was losing drones and I only had about 5 cap charges left. I couldn't break his tank and, even without cap charges, he wasn't going to break mine. So I started pulling range and asked him in local if he'd like to call it a draw? His point dropped and I warped away.

That was a long engagement. And a good fight. And while that Caracal isn't the best fit Caracal ever, it is a solid fit for a Cruiser. Nothing wrong with it. So I still managed to Solo a Cruiser in a Frigate all while being shot and pointed by a Jackdaw. So that's something.

And those are the moments I keep playing for.

Like this Raven I melted with my Leshak earlier in the day while Lufax held it down with his Garmur. Also awesome.