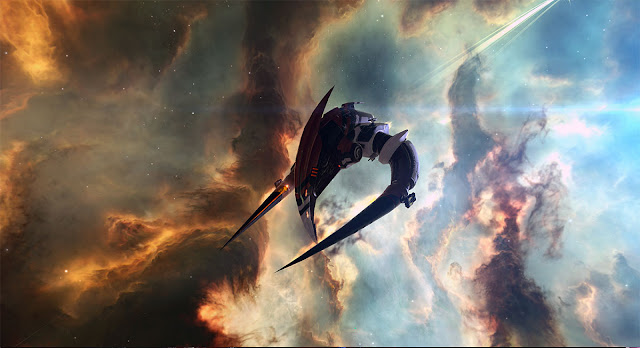 Another month is history as November 2019 fades into memory. Being unemployed and working from home has certainly given me more time to play Eve than I normally get. Although not as much as you might think, as I'm also trying to get a new business off the ground while also looking for new employment - both of which take up a lot of time and effort. Even so, more than normal Eve time. Which resulted in one of my best months in a long time. 160 kills is the most I've had since Feb 2016 when I logged 163 kills, 225 kills remains my highest monthly total and that was from January 2014.

160 still wasn't enough to secure my second month Hicks Award however, as both Watson and Lufax ended the month with more kills than I did. With 254 and 228 respectively, which means Watson managed to bring home the monthly Top Killer Award. Congratulations to the retired man!! Grumble grumble.

24 different ships registered kills for me during the month. The Astero led the way with 64 kills and I ended November #3 in Astero kills in all of New Eden. Although, as far as Solo kills go I was #1, not many people out there are using the ship for Solo roaming. It seems mostly the Astero is being used for probing ships down, which is what it is primarily intended. I was podded three times but two of those were empty Null Sec clones during our weekly Crow Gangs down in Null. The other one was due to a "friend" taking advantage of a server glitch to send me home on the PodExpress. Which happens.

My most valuable kills for the month were the two Orcas that Brrc Flynn found for us in Amoderia. (Orca one and Orca two) A House of Boom Deimos which was killed during a WH battle along with two Dreks, Drek One and Drek Two. And then the Praxis we bushwacked in Murethand. I had a lot of good Solo fights in November and it is difficult to go back and find them all, but here are some highlights:

I'll add this Raven kill as another highlight of the month since it was the first time I used a Leshak in combat. All credit to the Raven pilot, he left the Large plex safely and then came back to fight. So that took some guts considering how quickly his Raven died.

I started October wanting to update the Astero and play around with it to see if I could make it a worthy PvP ship in the new meta. Back in 2013/14 Stay Frosty pioneered using the new ship in Low Sec PvP but a lot has changed since then. Since then I've registered 113 kills with 5 generations of the ship, mostly solo, so I think the experiment was a success. And while no ship is perfect and I still value my variety, the Astero has returned as a valid roaming choice.

I think I'll pick another ship to try here in December, but I'm not sure yet which one it will be. So stay tuned.

Until then, Stay Frosty my friends.