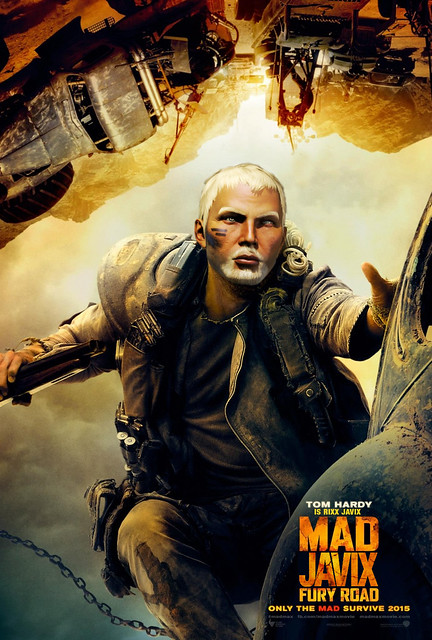 On September 21st, 2008 at 13:29 Rixx Javix was born into Eve Online. At that moment I knew only a few important things about this game. One, it ran on my Mac. Two, it was made by a company located in Iceland. And three, it looked incredible, had spaceships in it, and was something called a massively multi-player online role-playing game. That was the sum total of my knowledge on day one. I had never played an MMO before Eve. In fact, at that time in my life, I was in a rather long and extended gaming drought. Mostly due to working insane hours at the agency I had started back in 2001.

I took one of those pieces of information, the Iceland part, and named my character after the capital of Iceland - Reykjavik - Rixx Javix. I didn't even know that CCP was located in Reykjavik at the time. I had no previous knowledge about Eve Online on day one. I hadn't read about it, learned about it, or watched any videos or anything else. My Son had downloaded it and shown me it running on his computer and I was hooked. I've been hooked ever since. Which is a bit of an understatement.

I grew up on video games. Arcade games. The Atari, Commodore, Ninetendo, Sega, Playstation games that followed me during my entire life. You played a game until you finished it, then moved on to another game. During lunch at my agency we'd sometimes play Unreal Tournament together on the network. That game was one of the first that never "finished", the point wasn't a goal as much as the play itself. For a short time I built maps for Unreal Tournament for us to play and to share online.

Eve was another beast entirely. It had the usual NPCs and trappings of other games, but the interesting part for me was discovering that those other ships were being piloted by other players sitting on the other side of their computer screens. That realization was what really made Eve come alive for me. Other players meant people. People meant unpredictable, challenging, and competitive play. Who knew what another player might do next? And Eve, the ultimate sandbox, was the perfect place to find out.

My first few years in Eve I learned all that I could. I didn't get to play much back then. And most of my time was spent following my Son around the universe. Getting into trouble, fighting wars, making connections, learning the trade, training skills, and slowly learning more about the expanded universe that surrounds Eve Online. The blogs, the forums, and everything else. Trying anything I could inside the game. But for those first few years Eve was just a game. Something I did in my rare free time, something to share and talk about with my Son, and not something that went much beyond that.

And then, in January 2010 I started writing Eveoganda. And everything changed.

It has been an incredible journey. One I would never have imagined on that day 12 years ago when I undocked for the very first time in my Ibis with one gun and one mining laser. The entire universe was out there for the taking and someone told me that you could forge your own destiny, find your own path, create your own adventure. And I believed them.

And that adventure continues each and every day. More awaits. The story isn't finished yet. Exciting things are on the horizon. Big things. Little things. And wonderful things. I can't wait to share them with you along the way.

Thank you for reading. And thanks for being a part of this adventure. I never would have gotten to the top of that cliff without you.