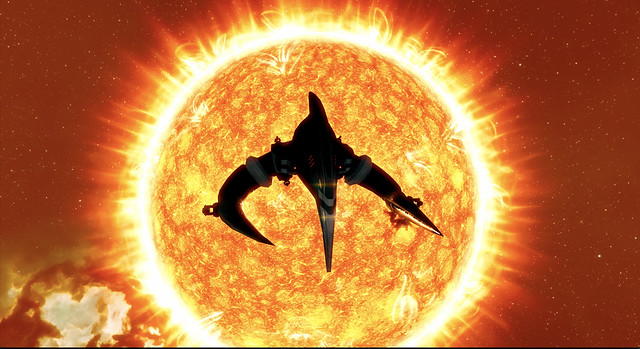 There are times when Eve is weird, confusing, and frustrating. Even for a 12 year veteran who does nothing but PvP all the time. Such as me. I talk about these frustrations here in these pages a lot because to me they are far more fascinating than the times when everything goes well. Although I much prefer the perfect plan execution, I think it is important to openly discuss our failures. This is how we learn. And it also helps younger players to know it can happen to anyone. Even us well seasoned vets.

Nothing went according to plan yesterday. Not a lot of activity in the fields yesterday, so the day started out slow. I managed to catch a Catalyst with my Hookbill and an empty Griffin shortly afterwards. These weird empty ships are really starting to bother me much more than WCS ever did. You can't use WCS without at least fitting them!

Because of the free drugs we get for logging in these days, I had a nice 3% bonus to armor repair on my Hookbill. I was also sporting a Target Disruption mod in my mid. So you'd think finding a Catalyst inside a plex would be cause for celebration. I can't find an instance where I've lost a Hookbill to a Catalyst before. Usually I lose my HBs for one of two reasons, 1) I get blobbed, or 2) I try to kill a VNI or something way out of my league with it. But not a Catalyst. Imagine my surprise then when I lost a very, very close fight to one. I'm still scratching my head over this fight tbh.

So I switched things up and fitted up a Kestrel I've been working on. Extremely limited target selection profile, but what targets you can engage it does extremely well with. Except it is extremely slow. So slow that it can get caught on gates and exploded.  Ugh.

Ok, not going well. So I flew around a bit more in various ships. Spent some time letting Corvus shoot my Astero in his Condor, which he quickly realized was pointless. Even so we couldn't get the Dramiel in local to engage either of us.

On the way back home I got the message that a Typhoon had been spotted in local. So I re-shipped into a Praxis and we tried to catch it. To no avail. On the way back to the station I was hoping to catch a transport on the station. Instead I locked and exploded a Velator. I convo'd the pilot and sent them a million isk to cover the loss. Now that cynos don't work in Corvettes I have no cause to shoot them.

The Typhoon returned. I undocked the Praxis again and warped to the gate. Some MJD positioning later and I managed to finally get it locked down. Positioning was an issue and unfortunately I managed to also get gate guns shooting me. I didn't count on that. And while Smudge was coming in a Logi, he wasn't able to get on me in time. And the Praxis exploded. But we had point, so I quickly went back to station and re-shipped into a Leshak. This time the Phoon exploded.  My cargo was full so I warped back to station to grab something else to pick up all the loot left at the gate.

I grabbed a Omen Navy for its speed and the fact that the cargo bay was pretty much empty. I made two trips picking up loot and then went back for a third trip to grab drones. I don't have drones on my primary overview, instead I have a Drone-specific overview tab. I was using that tab when the Slasher grabbed me about 175k off the gate. His buddy in the Stabber Fleet was quick to engage and suddenly I'm in a close up fight with a SFI in a kitey ONI. I will say, while I figured I'd die, the old ONI did pretty well and for a second there I thought she might actually win. But sadly, as in all cases Amarrian, the cap let me down and she exploded.

I think that Omen Navy was about 5 years old. Cheap fit gang support ship, she had seen some truly amazing fights in her lifetime. Sorry to lose her.

For a day that started out slow and boring, yesterday ended up full of explosions. Sadly most of them happened to be ships I was in at the time.