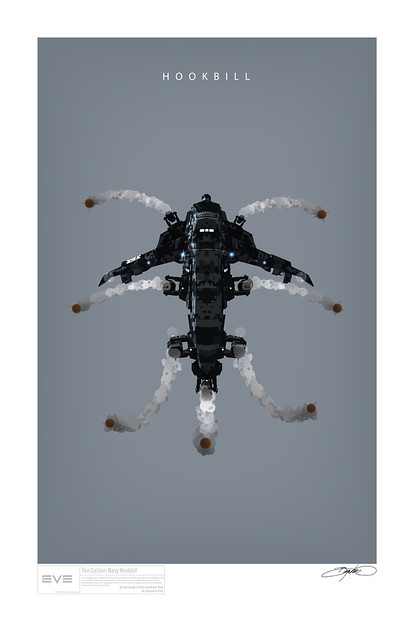 The Eve Creatives Discord started a new channel yesterday called "Inspiration" and I thought I'd spend a moment to talk about inspiration. Over the years I've taught and mentored lots of young, up-and-coming creatives and one piece of advice that I always share, one which was shared with me long ago, was to seek inspiration everywhere. Read books, watch movies, study advertising, look at the sides of trucks, visit museums - pretty much everything around you is alive with design, illustration, and creative energy. But here is the key, don't stay in your lane. 3d artists shouldn't just be studying 3d art. Same with graphic designers, illustrators, and every other type of creative pursuit. Look outside your own bubble.

Back in 2014 I was looking for something new to do. I wanted to learn something new and try something I had never done before. I had skirted around the edges of something for years, but I was a busy person and didn't have the time or energy to dedicate to the pursuit. But suddenly I had the time and the energy. I knew, from my previous experiences, that drawing Eve spaceships was hard work. It was also tricky. The better you do at it, the more it looks like a screenshot. I had gotten that comment enough in the past to know what a trap that could be.

My personal challenge was this - how to draw Eve spaceships in a creative way that wouldn't look like a screenshot? On top of which I wanted to create the art in a way that I had personally never tried before. Something that would push my skills to the limit and help me develop as an artist. The result was over 160 spaceship posters done over the course of about a year, 8 of which would be sold by CCP and featured in the Eve Store, and be hanging on the walls of people all over the world. In the course of this project I would learn an incredible amount about how to do the work, my process would evolve after every attempt. The way I approached the pieces would change over time, evolve, and grow. The way I did the first piece was nothing like the way I did the last piece.

That was all a technical challenge. But for me, as always, the real challenge was creative. I have always cared less about "how" something is created and more about "why". To me, in my career, creativity has always been the defining goal. I love Eve spaceships and I wanted to discover a creative way to showcase them individually. To eliminate everything non-spaceship about them, the environment, surroundings, and distractions. A minimal approach. This I knew would be my goal. The last remaining part would come from an unusual place. 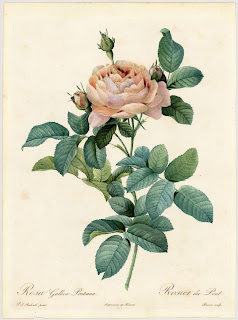 I had encountered Redoute's botanical illustrations at several points in my life. On bathroom walls, at work, and once in a gallery. But once you knew his style, you would notice it in other places as well. It has been copied thousands of times and in a thousand different ways. And not only Redoute, but other artists as well. I wont mention all of them, but this is the primary example.

Why would a game artist even care to know about a 17th century botanist who illustrated plants? My answer to that question is, why wouldn't they?

So PJ (as I call him) became the inspiration for the Eve Art Print Series. You'll notice that I didn't "copy" PJ's style, or attempt to honor it in any way. If I didn't admit the inspiration you'd probably never guess it. That's because it was pure inspiration that I used to do my own work, translate into my own approach, and develop into my own style. I didn't set out to copy PJ, I only used his work to help me clarify my own.