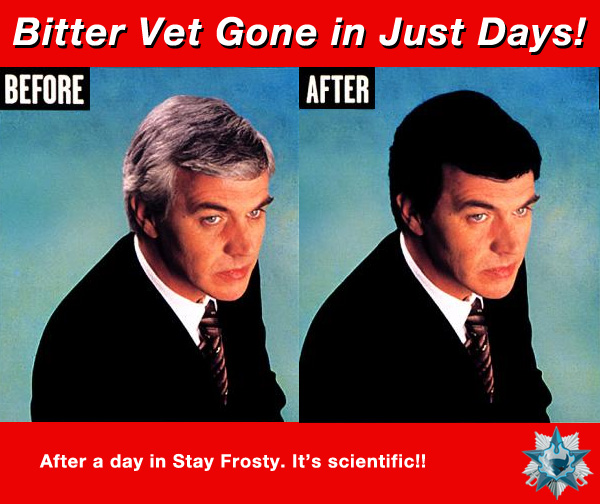 New players are fun. You can try to explain that once upon a time, not that long ago, you had to manually activate your Damage Control every time you jumped or undocked. It became such an instinct to do so that when they changed it to a passive mod, my fingers kept hitting that key for almost a year. You can try to explain that. But you sound old and weird when you do so. Which only makes it funnier. And then you try to explain that Rigs used to come in only one size - Large - and that people rarely fitted rigs to small ships. Cause they were super expensive. But when you did, you had Crows with large rigs on them.

I made my first fortune in Eve selling Large Rigs in Null. Almost every morning I'd make the trip from PI-5 in Providence up the pipe to Amarr and purchase a Badger full of large rigs and then make the trip back down the pipe to put them up on the market. Alone. Without a scout. I did this for a long time and only lost two Badgers. I lost them both at almost the same time. A cloaky stealth bomber killed me and I went to a station and bought another Badger to go back for the loot. And the same cloaky bomber killed me again. Yeah, I wasn't always the smartest Noob.

It got me wondering. What other demarcations exist in Eve History that, if explained to a new player, would make you sound like an old person?  So I asked on Twitter and the responses were amazing.

Back in the day you had to keep your clone updated or you ran the risk of losing skills when you got yourself killed. Speaking of skills, we had Learning Skills that we had to train in order to better train other skills. Oh and you could only train so many skills at a time! It'd be impossible for new players to truly appreciate the anxiety involved in keeping your skill train running. Logging in at insane hours just to pop some new skills. During vacations and in the middle of the night. Seriously.

Kestrels with Cruise Missiles! Stacked prop mods! Bookmarks 15k from each gate so your ship would land at zero, because you couldn't warp to zero! Mining with Battleships. Aurum! Mines! An in-game browser!

One of the biggest changes over the years, in my opinion, is best personified in the Titan. Given all the news lately about Titan losses in Null Sec it might be challenging for younger players to believe that at one point, Titans were very rare. Not only rare, but extremely scary. I have a screenshot that captures the very first time I saw a Titan wild in-game. Here it is: 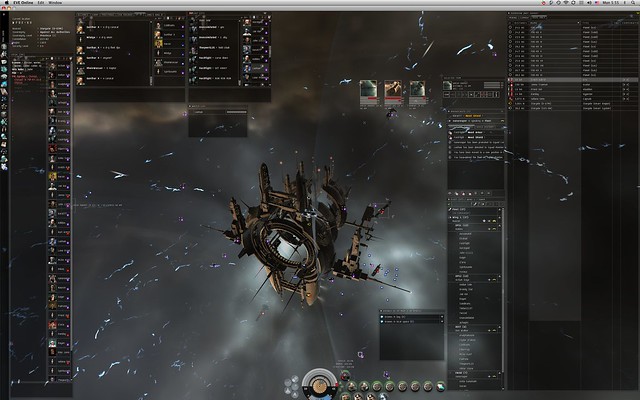 You can see the Avatar way off in the distance below the gate. What isn't captured here is that immediately after this was taken we ALL DIED!!! Back then Titans had Area of Effect (AOE) weapons and common practice in null was fitting your ships to be AOE Proof! Mine was not. Nor was most of our fleet. Seeing a Titan suddenly appear on field was scary. They were so rare that at one point there was a website that actually tracked how many Titans there were in-game and who owned them. True story.

I've been playing Eve for well over 12 years now. But Eve was already 5 years old when I started playing. This game has been around for a long time now and it continues to change and evolve on a regular basis. We've been through some weird times. And not everything works. And somethings that don't work get changed and somethings that don't work never seem to change. We could once actually WALK into our Captains Quarters and look at our ships floating in the hangar. And ponder that door that never opened. And never will now.

Eve still has room for new players. New players that will someday look back at what is happening right now and tell stories about it. And feel nostalgia for something we all take for granted. It is those stories that truly power Eve Online. The stories we tell around the campfires at Eve meets and on comms. That we share on Discord or in private convos. And no matter who you are, or how long you've been around, having stories to tell is what brings us all together.

Treasure your adventures. Time marches on and those stories might just become your most valued treasure.