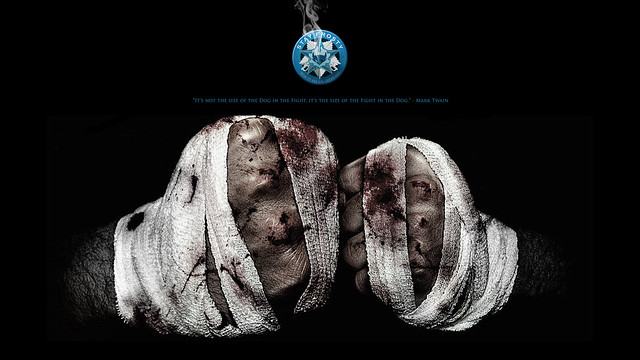 Eight years ago I had a dream. That dream was relatively simple - to re-capture the spirit of old-school low sec piracy in Eve Online. To keep things simple, to focus on having fun and playing Eve Online like a video game and not a second career. To provide a haven for pilots who wanted to explore their individual abilities and limits, while also being part of a family of friends. Friends who had each other's backs.

I don't think most people realize just how challenging it is to keep something going in this game, for this long. It hasn't been an easy path and it requires constant vigilance. It also requires buy-in from our pilots. Support. Effort. And commitment. The story of Stay Frosty isn't just a story about Rixx Javix, but rather a story born of every single pilot that has flown with us over the past eight years.

After eight years and literally thousands of pilots passing through our doors, we've learned a lot about who we are - and who we are not. In eight years we've managed to maintain an almost equal balance between solo and small gang activity - a feat that no one else can come close to. (Right now it sits at 52/48 as I write this!) Amazing. Think about that fact. We get accused of being blobbers. And in the same breath we get accused of everything else under then Sun. We're terrible. We suck. You name it.

We can be annoying.

Over the years our Alliance - A Band Apart - has played around with getting bigger. We've had upwards of 1,200 players and more Corporations. But what we've learned is that we are better when we are focused on our core conceit, which is Piracy built around a solid industrial foundation. We've been blessed with a great team that keeps Lucifer's Hammer strong and vital. Our system would not work nearly as well without them and they are crucial to our success.

So often in Eve Corporations are undone by the idea that they have to grow and get bigger. Stay Frosty belies that concept. At one point we had upwards of 600 members and we learned that our optimal size is better around 200 members. So we work to keep it around that level. We're at 197 as I write this. We've learned that there are better ways to fight enemies than to form up giant fleets. And that the best ideas are player based ideas - individual growth, challenges, and victories.

This attitude is best expressed in our Stay Frosty Code.

As more and more of the old-school Pirate corporations disappear or fade from memory, Stay Frosty will endure. As a place where you can master the martial arts, become the pilot you dreamed of becoming, explore the game and challenge yourself among friends. Friends who will always have your back. Who will come running when you call. Who will stand beside you no matter the odds.

Victories are great. Tournament wins are awesome. Statistics tell a story. But the real story of Stay Frosty is about people. Friendships. The bonds we build in combat. And the shared vision of what we do together every single day.

There are times when I'm FC'ing a bunch of crazy, laughing, insane Pirates when I think - I could do this forever. And I hope I get the chance.

It has been an amazing eight years. I can't wait to see what happens next.