What I've Learned Running for CSM 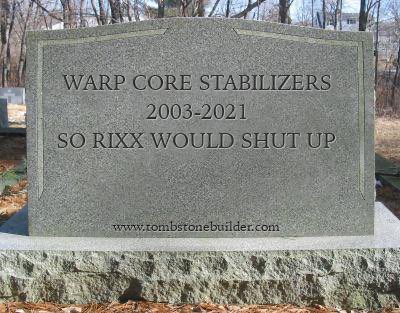 On Tuesday I was a guest on Ashterothi's Tuesday Show with Dr Spodumain & DutchGunner talking about the CSM election and various topics. A few other CSM candidates drop in around the 3hr mark, like Stitch and Evie. The show is 5+ hrs long, but it's a good time and you can skip around to hear the good bits.

When I decided to run for CSM this year I knew I had some challenges ahead of me. One of those was simply about communication. While I've been writing this magazine for over 11 years, once had my own podcast, have been to player meets all over the world, and often appear on shows - not a lot of players have heard me talk about Eve. Especially during the last few years, when I've been mostly doing other things. So I knew I'd need to make myself available and be on as many shows as humanly possible. Just so players could hear me talk about things, hear the passion in my voice, and realize I'm not the terrible, blood-thirsty pirate some might believe I am. (or worse)

Let's see, I've been on Open Comms, Push To Talk, Walldeck, Declarations of War, CSM Royale (twice!), DTM135's Interview (which he lost), Ashterothi's Interview, a special about WCS, Lasers & Lace, CCP's 10-Minute Interview, and others I might be forgetting. Not to mention about a dozen Alliance discord/TS town halls. All of which means I've been having a blast. I really do love to talk about Eve Online, the players, the community, and my own experiences in and around the game. It was great to get back out there and meet new people, hear their opinions, and work on my platform live in front of a studio audience.

I wanted to run a positive campaign and I believe I managed to do exactly that. I wanted to have fun, express my thoughts, and also have some creative energy behind it. All of which I think I managed to do. Despite some very early bumps over on Reddit, the entire campaign went off without a hitch.

But what did I learn?

First of all I strongly believe we should be approved ahead of time as candidates. I've been campaigning since April and I didn't know I was approved until very recently. That meant that some of my fellow candidates weren't approved after they had already started campaigning. I think we should have a system that doesn't potentially embarrass players. That just feels wrong to me. I imagine myself in that position.

Running for CSM is its own kind of victory. I never really appreciated this before actually being a candidate, but the simple act of running is a kind of victory in and of itself. You get to talk on a lot of shows, people listen, and I know from my own experience - I've learned a lot from my fellow candidates. It's great to hear from so many different perspectives, experiences, and backgrounds. Eve is so complicated and diverse, it really helped me (especially after a year of COVID) to hear from so many candidates. Even those who will not ultimately win have impacted my candidacy. Often in very important ways. For example, I am much more up-to-date on the concerns of WH players than I was going into this campaign. And that is all thanks to so many good WH candidates running.

I honestly expected more behind-the-scenes drama and intrigue. But frankly there wasn't much that you haven't already heard about, and thankfully nothing that involved me. All of us Low Sec candidates got along pretty well once we started talking amongst ourselves and I feel good about the fact that we tried to help each other out - by including each other on ballots, pointing out media ops, and generally being supportive. I'll have more thoughts on this, but only after the election is over. Nothing negative, but I think it might make for an interesting post.

I also found it amazing how supportive and excited other groups inside the game became about me running. No matter where I go in game everyone has been saying hello, writing in local, and working hard to spread the word. And beyond me, my pilots hear it as well. That's been awesome. My killboard has suffered during this campaign, but I knew that was going to happen. I won't go into details, but I think you'd be shocked at the kind of wide-ranging and diverse support I've been getting in-game. Incredible.

We'll have to wait and see how that all translates once the results are announced on June 21st during the LIVE reveal. Gulp.

But honestly, no matter what happens then I already consider myself a winner. It wasn't the destination at all, it was the friends we made along the way. :)

Lol, no it was about winning. Fingers crossed. VOTE RIXX4CSM!