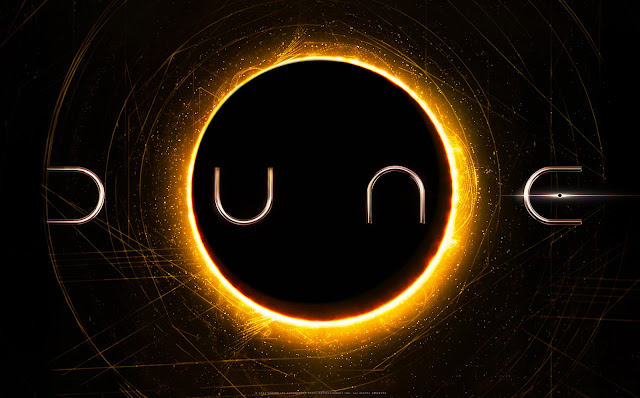 I went to see David Lynch's Dune with 6-7 friends on opening night back in 1984 at the Dennis Theater in Dormont, PA. I can remember it like it was yesterday. Afterwards we all went out for our usual drinks and bullshit session, as nerd friends do after a milestone event. We all loved/hated the version of Dune we had just seen. Happy to have any version of Dune on the big screen and angry that so many weird liberties had been taken and that the epic story had been squished down into an allegorical video with bad special effects and strange choices. No matter how you feel about that version of Dune today, you have to admit it is a real mess. Your personal tolerance of that mess may vary from mine, but I recently tried watching it again (I've seen it dozens of times over the years)... but I just couldn't finish it. The years have not been kind.

Everything that we had problems with, or wished that had been different, are realized in the new version of Dune that has finally opened for us here in the US. Watching Dune I felt transported and engaged in ways I didn't believe possible for a story so often oblique and challenging. Exposition was scattered and more naturally presented. Internal voices were left on the inside. No strange weapons appeared. Ornithopters are actual ornithopters!! (And, as a side note, how much more like Black Hawk helicopters do they seem? A fact that only adds to the Iraq/Afghanistan allegory of this new film) I could go on and on with the nerd joy present on screen. But I suspect that not everyone is such a science fiction nerd as I am, so I'll switch back to normal people speak.

Honestly I have no idea how normal people will take this film. I hope they enjoy it. I can't know, because Dune is so engrained in me at this point. Dune was one of the very first science fiction series I read as a young man, a child really, and it has been one I have revisited from time to time in various forms. I'm not a weirdo about it, and I haven't read many of the more recent non-Herbert books. But Dune is in my soul much like Barsoom and other fantastical worlds of my youth. I can't be dispassionate about it.

Luckily that isn't my job. In my opinion Dune is a true modern masterpiece and it has arrived at the perfect time, just after we finally got our asses out of our longest running foreign war. And it desperately needs to be finished. It cannot be truly appreciated yet, because it is only partially completed. And I am more passionate about a Part Two than I was before seeing it. It needs to happen.

I'll be watching it again and again in the coming weeks. Luckily it is available on HBO Max to be watched anytime I want and I plan on taking advantage of that opportunity.

Most likely I'll probably write more about this in the coming weeks. Right now I'm still feeling the high.