The Book of Rixx 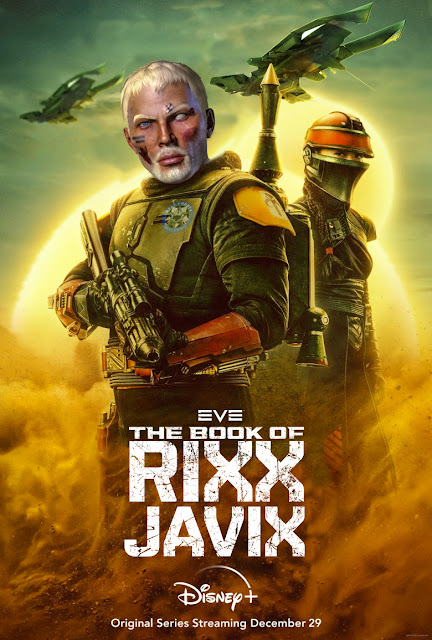 I couldn't resist doing this today when I saw the new Boba Fett poster. I hadn't done one of these in a very long time, so I did it. Tell me you wouldn't watch that series? And no, I know nothing about the supposed television series based on Eve Online that was supposedly resting at Ridley Scott's production company. Or the rumored Baltasar Kormákur film that may or may not be in development. News on those fronts is several years old at this point, as in five or six years old at least.

Years ago I developed a script outline for a short film I was going to produce based on Eve Online around the death of the Empress. I would have kickstarted it myself and hired a professional film crew to shoot it, with community support and whatnot. Unfortunately you can add that idea to the mound of books, card games, side-shooters, and posters CCP was never interested in doing. Oh well.

As always I remain eternally hopeful.

But I'm also not holding my breath.