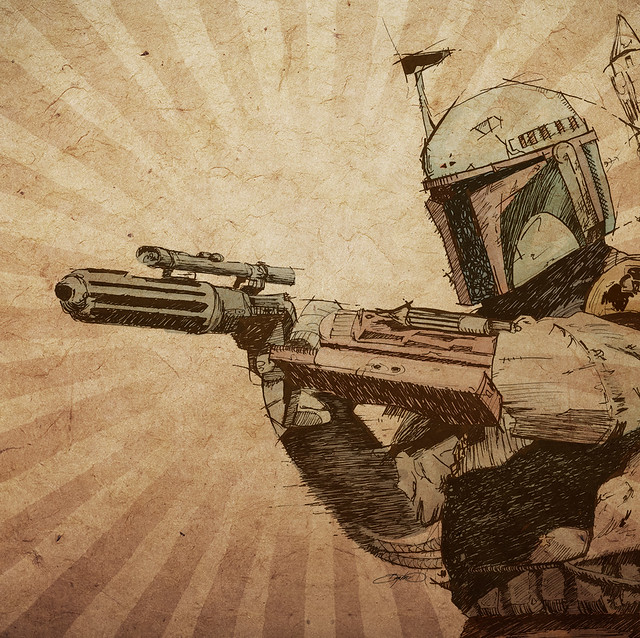 When I was a kid my bedroom had posters all over it. I had a very cool giant poster of Neil Armstrong standing on the Moon (that very famous photo that Buzz Aldrin took of him), a poster of Tom Seaver in full pitching stretch (I was a baseball pitcher and Tom Seaver was a god to me, I even had a smaller poster of Nolan Ryan as well), and other posters including a very cool Darth Vader poster that I loved. It was Darth Vader in perfect form, with his lightsaber out, a minimal background, and it projected pure menace from my walls. Darth Vader, Han Solo, and eventually Boba Fett, these were the characters I gravitated towards from Star Wars. And while I loved Luke and Leia, of course, the "bad guys" were always more interesting to me.

I'm not alone obviously.  Our culture has had a fascination with bad actors throughout our history. From Greek times onward, the complicated choices of certain people have been more fascinating than the often easier choices faced by more traditional heroes. This is an oversimplification obviously, but this post isn't intended to be term paper on evil. There are plenty of those all over the internet. More importantly, I just wanted to set the stage for a post about Boba Fett.

Boba Fett is a rather unique case in modern culture. The character first appeared in the infamous Star Wars Holiday Special in an animated sequence, hinting at a more important role in the upcoming sequel The Empire Strikes Back. Instead we got about six minutes of him on screen, a few lines of dialogue, and one act that hinted at his powers as a bounty hunter. And that was it for the next three years. Rarely has a character been introduced so sparingly in a modern blockbuster. And you can feel that such restraint would no longer be allowed.

And then in Return of the Jedi the poor guy got dispatched in... well, y'know. It was rather shameful. A sad end to our favorite bounty hunter? Well no, I for one never bought it. He might have gone out with another Wilhelm scream on his lips, but I never believed for a second he was dead. In fact, walking out of that first showing with my friends - none of us did.

But why did such a relatively minor character strike such a chord? Why did he linger in the imagination for so long? Personally I think it is a few different things. The brief nature of his appearances, the amazing character design, the mystery behind that mask, but also the undying charisma of the "bad guy". The less we knew about Boba Fett the more our imaginations could fill in the blanks. I know my Brother and I had entire backstories created for him. I'm sure others did as well.

The last thing was that Boba was a Bounty Hunter, he caught people for money. But that didn't automatically make him a bad guy. In fact, more of a gray guy. Someone outside the law perhaps, but not immediately someone who you might label "bad". His motivations were a mystery. Perhaps he had a family to feed? I dunno, whatever his reasons were he had plenty of them. Dude wore a mask. He had issues.

All of which made us love him all the more. Heck I saved all the Proof of Purchases from my Star Wars Kenner collection to send away for his action figure well before Empire was even released. Boba Fett was a character you immediately cared about. And one we'd have to wait nearly 42 years to discover his motivations.

That is a long wait.