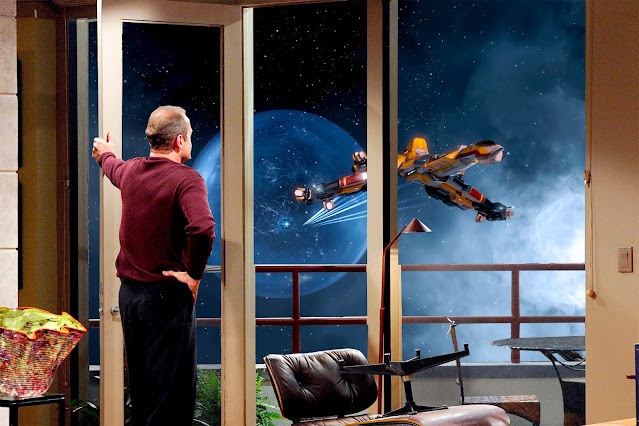 I've written about Target Selection multiple times in the past and how it is easily the most critical skill when it comes to PvP in Eve Online. Especially for hunters, pirates, solo artists, and those that seek to master the martial arts within a complicated and variable world like Eve. Being able to pick your targets, understand the environment, positioning, and opportunities is a skill. It can be practiced, learned, and mastered. I've been at it for a long time now and it is still something that I'm working on. But target selection, as important as it is, is built on the shoulders of yet another understanding - The Engagement Window.

Every time you jump into a ship and undock you are bringing along an entire invisible aura that surrounds your ship. You can't see it, but it is there with you. It is a range of threats and opportunities we often call The Engagement Window, but truly it is simply a spectrum of potential adversarial outcomes based on the ship you are flying, the fittings you've chosen, your own skills both learned as a character, but also as a player, and the vast library of complications that present themselves once you are in space. Which is an insane amount of information. This is the nut at the core of Eve Online PvP and why it is so challenging to players no matter how long they have been playing.

This concept is extremely difficult to explain with words. Primarily because the sheer amount of variables makes it challenging to nail down to simple advice. This is both the crazy great thing and the frustrating horror of trying to better understand the concept. Which is why we often recommend that younger players stick to one ship at first and fly a lot of them, over and over again. You'll often hear a more seasoned player tell a younger player to simply, "Buy 50 Rifters and go lose them." And while this is not the greatest advice ever, it does have some merit. As long as the player isn't just throwing ships against other ships and getting frustrated at dying all the time. Which is the most likely outcome of following that advice. Believe me, I've seen it.

Know your ship. Inside and out. Understand its capabilities and its weaknesses. How does the fit you have chosen work? What is it good at doing and what does it suck at doing? And, knowing that, what opportunities does that present? Why is it ok for a Rifter to solo a Megathron and not a Dominix? Sometimes. Possibly. Depending.

One of the questions that younger players will often ask is, "Rifter vs Hookbill, who wins?" As if the answer to that question is obvious. It isn't. And you can insert any ship you want into those two sides of that question and the answer is the same - it depends. Is that Rifter AC or Arty fit? Does the Hookbill have a TD fitted? Or only one Web? Is the Hookbill AB or MWD, rockets or light missiles? What range did they start the fight at? Where in space are they? What is in the players heads? Is anyone using drugs or boosters? How skilled is each pilot? Is one of them AFK? Is one of them stupid? Is the Rifter even fitted? I could go on and on. Each answer impacts the outcome. And many of those questions can't be known BEFORE the fight starts. You are going to guess based on the available information you have at hand, the age of the other player, the environment, your own skill level, and the experiences you've had flying the ship you are currently in. Good luck.

Now, to blow your brain even further, imagine being an FC and having to extrapolate all that variable data across 8 or 800 ships. Yeah, right. Maybe show some more respect next time your FC takes a minute to answer your next question.

I wish I had better advice. Understanding the engagement window of your ship is critical to your success at PvP. Some players choose to narrow that window by specializing in one or another form of PvP. And this can be a lot of fun and many players find great success at doing this. Smart bombing BS, Kestrels, Thrashers, Condors, whatever they choose either ships or tactics, by focusing on one thing they narrow the window of engagement to the point where the answers are easier. There is nothing wrong with this approach. It all depends on your own play choices.

And other players choose to expand the window by flying very blingy answers to wider issues, like Artie Lokis, or Lachesis Jackdaw killers, or other very, very specific answers to the window that can include a much wider swath of targets. Again, nothing wrong with this approach either.

Just remember the key is in understanding your ship and its capabilities and its weaknesses. Based on that information and your own experiences flying it, you can determine just how wide your own Engagement Window might be and what targets are inside the window and which ones are on the border. And, just as importantly, which targets to avoid.